Thomson won approval Tuesday for its $17.6 billion takeover of Reuters from the British company's editorial watchdog, but the deal now faces intense scrutiny from antitrust regulators and unions unhappy about expected job cuts. 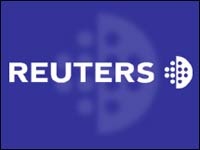 The renamed Thomson-Reuters Corp. would reduce the number of major companies providing financial data, news and trading systems to the financial services industry from three to just two and vault it slightly ahead of the current market leader, privately held Bloomberg LP.

The backing of trustees of the Reuters Founders Share company was a crucial first step in creating the world's largest financial news provider. The trust, which controlled what is known as a "golden share," was set up when Reuters listed on the London Stock Exchange in 1984 to safeguard the editorial independence of its journalism.

"We believe that the formation of Thomson-Reuters marks a watershed in the global information business," said Swedish businessman Pehr Gyllenhammar, chairman of the trustee company, whose directors have the power to order any shareholder whose holding exceeds 15 percent to reduce their stake.

The Thomson family of Canada, which will have a 53 percent majority stake, agreed to adopt the Reuters Trust Principles as long as it controls Thomson-Reuters, the companies said.

Reuters Chief Executive Tom Glocer, 47, who will head the combined company, said that some "realignment" is likely to occur to meet a goal of $500 million in cost reductions over three years. But he played down the prospect of large-scale job cuts, pointing to the fact that Reuters has already made cost savings totaling around $1.8 billion over the past five years, the AP reports.

Reuters journalists, however, expressed their "deep concerns" in an open letter to Gyllenhammar, "over whether a reconstituted Reuters would maintain the high standards of journalism and the integrity, independence and freedom from bias that have shaped the company's 156-year-old reputation and are crucial to its future success."

Bloomberg LP, the closely held news and financial information company founded by New York City Mayor Michael R. Bloomberg, is the parent of Bloomberg News and competes with Reuters and Thomson in selling information and trading systems to the financial-services industry.

Combining with Reuters would lift Thomson's share of the financial data market to 34 percent from 11 percent, compared with Bloomberg LP's 33 percent share, based on 2006 figures compiled by Inside Market Data.

“Antitrust authorities in Europe and the U.S. are almost certain to apply a more detailed and lengthy review of the acquisition than is typical, because of the limited number of companies that supply prices, data, news and financial tools,” Simon Baker, an analyst at Credit Suisse in London, said in a research note to investors today.

Reuters's 196 bureaus would expand Thomson's news organization beyond Thomson Financial News in North America and the AFX News service in Europe. Most of Thomson's management and staff work in the company's offices in Stamford, Connecticut, Bloomberg reports.

The companies expect to make over $500 million of annual cost savings within three years of the deal closing, by reducing duplication in areas including data centers, communications networks and other support services.

When asked, they would not comment on any job losses, Reuters reports.

They also declined to put a figure on revenue growth potential. "We just haven't quantified that," Glocer said. "In terms of value creation, I think there'll be multiples of the cost synergies we've talked about today."