Microsoft Corp.'s fiscal third-quarter profit jumped 65 per cent, buoyed by sales of its new versions of Windows and Office software and by upgrade coupons for the operating system issued over the holidays. 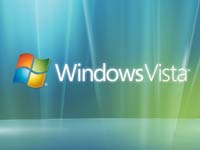 Microsoft started selling its newest operating system, Windows Vista, to consumers at the end of January.

Its "client" division, responsible for Windows, brought in $5.27-billion (U.S.) in sales, 67 per cent higher than a year ago.

Analysts estimate Microsoft deferred $1-billion to $1.5-billion in Windows Vista revenue to the third quarter, to account for upgrade coupons given to PC buyers during the holiday season, before the consumer launch of the new operating system.

Microsoft chief financial officer Chris Liddell said the "excellent quarter" was because of better-than-expected sales of Vista and Office.

The client division sales "are surprisingly ahead of where we thought they would come in," said Sid Parakh, an analyst at McAdams Wright Ragen.

Earnings for the quarter ended March 31 rose to $4.93-billion, from $2.98-billion in same period last year. Analysts surveyed by Thomson Financial forecast a profit of 46 cents per share.

Revenue for the quarter rose 32 per cent.

Microsoft's entertainment and devices division, which includes the Xbox 360 game console and the Zune music player, posted a 21 per cent drop in sales to $929-million.

Microsoft trails Google Inc. and Yahoo Inc. in making money from Web searches, but online services revenue edged up 11 per cent to $653-million in the quarter.

For the fiscal fourth quarter, which ends June 30, Microsoft said it will earn 37 cents to 39 cents per share, with revenue of $13.1-billion to $13.4-billion. Wall Street currently expects a profit of 40 cents per share on $13.31-billion in sales, the AP reports.

Microsoft Chief Executive Steve Ballmer gave investors a reason to pause in February when he said that some analysts' Vista sales estimates in fiscal 2008 were "overly aggressive."

Liddell said the shortfall in its fourth-quarter forecasts was due to marketing expenses shifted to the current period, but emphasized that it will meet the company's full-year estimates for expenses.

As of Thursday's close, the stock was down 3 percent since the start of 2007, while the S&P 500 had risen 5 percent, Reuters reports.