The famous Gerber Baby will change parents, with Nestle SA announcing Thursday that it will buy Gerber Products Co. for $5.5 billion, giving the world's biggest food and drink company the largest share of the global baby-food market. 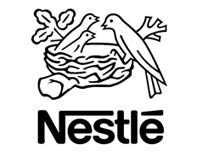 Nestle, which owns brands such as Nescafe, Perrier and Dreyer's, is also the world's largest manufacturer of infant nutritional products - largely through its leading positions in developing countries such as Brazil and China - but had no presence in baby food in the United States.

The cherubic face of the happy Gerber infant dominates the U.S. baby-food market, with the company holding a 79 percent share, according to Morgan Stanley.

Adding Gerber will help the company's nutrition business generate annual sales of close to $8.2 billion. The company said it expects Gerber to generate sales of around $1.95 billion this year and a 10 percent sales growth in the long run, the AP reports.

Nestle recently bought Swiss-based Novartis's medical nutrition business for $2.5 billion as it moves its earnings focus away from mass items like bottled milk to high-margin products like made-to-order diet plans and hospital food.

Novartis, the world's fourth-biggest pharmaceuticals company, said it planned to complete the Gerber sale in the second half of 2007, marking the end of its transition to a group focused 100 percent on healthcare.

After the sale Novartis, which makes drugs such as Diovan for hypertension and Glivec for leukaemia, will generate all its revenue from healthcare as compared to 1996 when the segment accounted for 45 percent of its revenue.

Nestle, the maker of Nescafe coffee, KitKat chocolate bars and Perrier water, first tried to buy Gerber in the early 1990s, but lost out to Sandoz, which later became part of Novartis.

Analysts at Vontobel called the deal a "perfect fit" for Nestle and reiterated its "sector outperform" rating, Reuters reports.

Nestle's profit margin is 16.9 percent for nutrition, compared with 13.5 percent overall. Nestle doesn't break out sales for baby food. The company aims to reach a nutrition margin of 20 percent and expects 10 percent annual growth for the unit. Gerber sales are currently growing at about 7 percent a year, excluding currency and acquisition effects, and it has a margin of 18 percent, Bloomberg reports.

“We are already seeing an accelerated growth curve” at Gerber, as growth has been historically been below 7 percent, Laube said. Nestle isn't “actively” looking at nutrition acquisitions but is “always willing to take a peek” at future targets, he said.

Nestle expects savings of $80 million in 2010 and $95 million in 2011 from Gerber, which should add to profitability from 2009, Chief Financial Officer Paul Polman said on the call.