Toyota Motor Corp. plans to recall about 533,000 Sequoia SUVs and Tundra pickup trucks in the United States to repair faulty components that could make the vehicles difficult to steer. 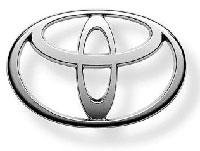 Six injuries and 11 accidents were reported as a result of the defect, Japan's top automaker said Friday.

Toyota, which is challenging General Motors Corp. to become the world's largest automaker, has aggressively touted its redesigned Tundra pickup as a strong competitor in the lucrative truck segment dominated by GM and Ford Motor Co.

The first Tundras built at Toyota's San Antonio plant are expected in showrooms next month. The automaker recently unveiled its Tundra CrewMax full-size pickup truck at the North American International Auto Show in Detroit. The large pickup will arrive in showrooms in March.

With its expansion, the automaker has struggled with some quality issues. Toyota had 2.2 million vehicle recalls in 2005, but showed improvements last year when its recalls fell to 766,000 vehicles. Toyota President Katsuaki Watanabe has repeatedly vowed to enhance quality controls, the AP reports.

The latest recall covers certain 2004 to 2007 model year Sequoias and 2004 to 2006 model year Tundras, both built at Toyota's Indiana plant, the automaker's U.S. sales unit said in a statement.

Toyota as a policy does not disclose estimated recall costs. A spokesman said the automaker has funds reserved against quality costs at all times and expects no impact on its earnings.

The carmaker was ordered by Japan's transport ministry in July to improve its oversight of defects after a probe into a recall of its Hilux sport-utility vehicle.

Toyota said in August it will increase the number of people monitoring faults that may cause fire or accidents. Information that may lead to a recall will be kept for 20 years, up from 10. Toyota will share more information such as a vehicle's repair history with its dealers, Bloomberg says.