Israel might be implicated in John F. Kennedy's assassination

Israel may be implicated in the biggest crime of the past century, which took place in Dallas in 1963. Israeli physician Mordechai Vanunu believes John Kennedy was pressing Israeli Prime Minister David Ben Gurion. The American president wanted the Israeli prime minister to unveil the details of the Israeli nuclear program. Vanunu thinks it could be a reason for Kennedy's assassination. The physician expressed his opinion in an interview to the London-based Arab newspaper Al Hayat. 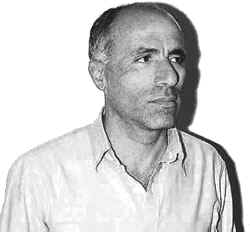 The physician had to spend 18 years in jail for exposing Israel's nuclear secrets. Mordechai Vanunu also stated in an interview that the nuclear reactor in Dimona endangers millions of people in the Middle East. The scientist said the reactor would turn Dimona to another Chernobyl in case of a powerful earthquake. Morderchai Vanunu called upon the government of Jordan to check the radioactive background in the areas close to Israeli borders and take anti-radiation measures to protect the people.

The interview of the Israeli physician may cost him a lot, because he has been released on special conditions. The scientist is not allowed to talk to foreign reporters, reveal any information about the Dimona nuclear center or leave the territory of Israel. In addition, the physician promised the police to report all journalists' attempts to interview him.

It transpired in the beginning of the 1980s, Israel was conducting the research to create the nuclear weapon. There was no direct evidence to prove the allegation, although it was backed up with such facts as the mysterious nuclear blast in the Atlantic Ocean, the disappearance of uranium freight in England and France, the disappearance of 342 kilograms of uranium from an American factory in Apollo. This quantity of uranium is enough to make 38 bombs, the power of which can be compared to the bomb dropped on Hiroshima.

Israel's participation was implied, but not proved. An American U-2 spy plane photographed a strange object in the Israeli Negev Desert in 1960. The photo of a concrete building in Dimona was later shown to American congressmen in Israel. Congressmen were told that it was a textile factory.

The British newspaper Sunday Times wrote in 1986, the 'textile factory' in Dimona was actually a top secret nuclear plant. It was reported there were six underground storeys in the plant. Several photographs illustrated the newspaper article. It was written by Israeli engineer Mordechai Vanunu, who had worked at the plant for ten years. Vanunu wrote, Israel had up to 200 nukes in its possession, which made it rank sixth among the world's nuclear powers.

Vanunu was very concerned with the development of the Israeli nuclear program. Being a religious fanatic, the engineer handed over the materials to the British newspaper without any reward in return. He said he would be happy, if it could save his country from the nuclear threat. The Sunday Times was intended to pay a usual fee to the Israeli scientist, but he suddenly disappeared. The reaction from Israeli intelligence and security services was immediate.

Sunday Times reporters managed to find Mordechai Vanunu after several months of meticulous quest. Cynthia Hanin met Mordechai in the hotel where he was living and writing his sensational stories. The woman's real name was Cheryl Hanin, she was a Mossad agent. She made the engineer fall deeply in love with her. Cynthia offered Vanunu to go on a sea voyage for several days – the man instantly agreed. He called a Sunday Times reporter and said he would leave London for a short time. Mordechai Vanunu did not appear at a Sunday Times office with another article, as it was previously agreed. Journalist found out, three Israeli ships were sailing not far from the British coast on the day of Vanunu's disappearance. Another version says Cynthia lured the scientist to her sister's vacant apartment in Rome, where he was drugged and then taken to Israel.

Mordechai Vanunu had to go on trial in Tel Aviv. He was found guilty of espionage and high treason. The court sentenced the engineer to 18 years in jail. Vanunu sent two pardon appeals to the Israeli president, but received no reply. Human rights activists in Israel, Great Britain and the USA launched a large campaign to free Mordechai Vanunu, but they failed to succeed.

Vanunu was released in April of the current year. In his first interview broadcast worldwide, Vanunu declared he did not have any regrets about what he had done. The scientist opened a state secret because he stood against the nuclear proliferation. Mordechai Vanunu stated he was proud of the decision he had made.

On the photo: Mordechai Vanunu