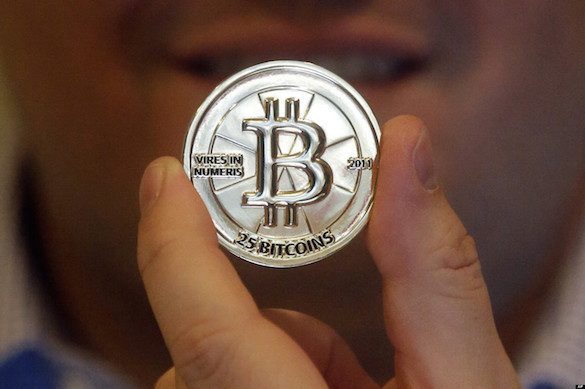 Let  me say from the onset that I am happy to see the introduction of a free market medium of exchange. In this technological age there is absolutely no way to predict what form a  new money, or a new monetary system for that matter, will take, should one develop. The keys to any successful money or system however, lie in  competition, use value, acceptability, and of course, integrity. Any lasting  money must be market-originated and market-tested to survive.

Down  through the ages almost every conceivable good was used as money, from sea  shells, to tobacco, to olive oil, to metals. It wasn't until the 1500s and  well into the 1600s that an international system of money was contemplated and  eventually implemented. It was the gold standard. Nicolas Copernicus  and Sir Isaac Newton were two of the great minds that contributed to this  effort in their respective times. And in fact the gold standard reigned for  centuries virtually unimpaired.

While  gold has been around for over 5000 years as a medium of exchange in one form or  another, bitcoins have been around for about an hour and a half -- in  millennial terms. And therein lies its problem. No one really knows how  viable this currency will be over time - it's not tested. The Euro has been  around for a lot longer than the bitcoin, but has still to pass the confidence  test. I peg 1933 as the year the new fiat dollar was created. That  was the year the US government confiscated gold and made it illegal for  Americans to own. That was the year that the dollar became a true fiat  currency, not dependent on the market value of an underlying commodity, but  reliant completely on government decree. Not only was the supply of money now  controlled by the Fed, but convertibility of what were paper claims to gold,  was now outlawed by the government.

The  Pound has actually survived the longest as a currency, both gold-backed and as  a fiat currency. Which brings us to the inescapable conclusion that fiat  currencies can survive and function even though that functioning is  dubious at best. They have historically lost value. The dollar has, since the  Fed took over the money supply in 1913, lost 98% of its value. But it still  exists as a medium of exchange and functions effectively. Milton Friedman believed  a fiat standard was the best standard as long as the money supply was  controlled. This is what Bitcoin is attempting to create, a non-political  currency based purely on supply and demand. The one difference between this  fiat currency and others is that the supply will eventually be fixed at 21  million bitcoins.  This has never been done before.

The  bitcoin is the ultimate fiat currency. Currencies like pounds and dollars  originally built their reputations and value as commodity money first.  They were paper claims to a commodity -- freely convertible into  something of use. The fact that commodity money always has an objective value  tied to its use value brought confidence to money, back in the days of the gold  standard.

Bitcoins  are convertible to nothing, and more, they don't even really exist in any  tangible form. They are digital money. They have absolutely no use  except as a medium of exchange. However, they have managed to become acceptable  in a very short period of time and without the benefit of legal tender  laws. No one forces anyone to accept bitcoins and no  government sets or influences its value. Yet they are accepted to  some degree by people around the world. In fact I would say that today bitcoins  are used more than gold to purchase goods. So bitcoins are a medium of  exchange and a form of money by definition.

There are  a number of questions and tests the bitcoin will need to answer and meet before  it gains any meaningful market share in the currency markets. Will it  stabilize and become a viable unit of exchange and unit of account? Given  its fixed supply, will it lead to a generalized deflation in terms of the  goods and services it buys and will that be a problem? Will it be secure?  In other words, can it survive hackers, competitive mimickers, periods of  economic trauma, and geo-political events?  What about computer blackouts,  breakdowns, and, grid attacks? Will a virtual currency become virtually  non-existent at times, as distinguished from a tangible currency  in hand which people can always use in times of emergency? And finally,  will the bitcoin system remain transparent and fraud-free?

Personally,  I am willing to let the free market answer these questions and not presume that  the bitcoin experiment is absurd. A free market currency is no more absurd  than a government fiat currency. Both can work as long as they are acceptable  to individuals. Yet, both also can end up on the trash heap of  history a hundred years from today as most others have.

As  always - time will tell. And that's why I will continue to hold gold and silver coins.