On Thursday, October 5, Russia's Council of the Federation held a meeting of the work group to monitor external interference in Russia's internal affairs. The participants of the meeting unanimously approved recommendations on responsive measures to the actions of the US authorities against Russian media outlets. 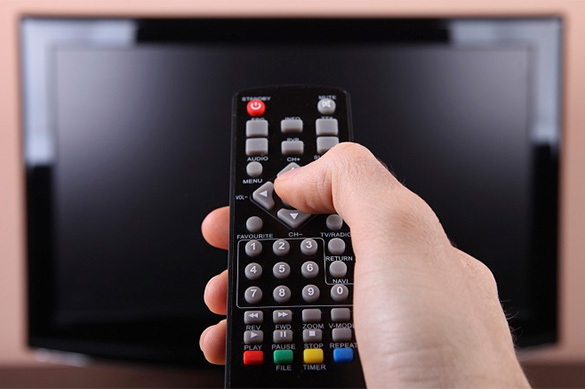 In particular, relevant ministries and departments were recommended to develop retaliatory measures and, if necessary, submit proposals to the Council of the Federation to amend the Russian legislation accordingly. In addition, it was recommended the Foreign Ministry of Russia should notify the US Ambassador to Russia about the inadmissibility of unilateral actions against Russian media. The ministry will need to explain to Russian and foreign audiences that Moscow's measures would be "strictly responsive" to certain actions of the United States authorities.

Speaking at the meeting, RT editor-in-chief Margarita Simonyan said that she never came across such strong pressure against the television channel before, as the authorities of the United States are determined to oust RT from the USA.

According to her, the US Department of Justice demands RT should be registered as a foreign agent. "In fact, we are supposed to flog ourselves," she said. Simonyan noted that the Foreign Agents Registration Act (FARA) was not intended for mass media outlets. If RT does not register in accordance with the law, arrests for disobeying the requirement from the Department of Justice will follow in October 17.

During the above-mentioned meeting in the Council of the Federation, it was decided to speed up the work on securing the notion of interference in Russia's internal affairs in the Russian legislation.

Commenting on the situation around RT, chairman of the board of directors of Pravda.Ru media holding, Vadim Gorshenin, stated that the claims to RT from the Americans were strange.

"According to SimilarWeb, the total audience of all RT projects counted 144.6 million users in the last month of this year, but only 8.8% of them were users from the United States. In other words, RT's real audience is about 12-13 million Americans per month  - this is the aggregate number of visitors for 30 days," he noted.

"It appears that RT conducts no activity on YouTube that may intimidate Washington either. According to vidstatsx.com, which collects data directly from statistics of the video hosting, RT's news videos on YouTube (in English) have received 5.279,487 views in the last seven days. For comparison, ABC News has 18.121,877 views, ABS-CBN News - 16.258,209 views, CNN - 14.522,546 views. Surprisingly, news videos of Russia's NTV channel were viewed 20.292,263 times!" Vadim Gorshenin said.

"Еhe RT cable network may have other numbers, but we understand perfectly well that the media consumption of video content has shifted from television to the Internet (this process started in America). Therefore, the total consumption of video reports of the Russian media outlet working for abroad, cannot, for objective reasons, exceed the audience of the website and YouTube views. In a nutshell, this audience is utterly insignificant for the United States, similarly to the story about the number of ads that the Russians allegedly ordered on Facebook during the presidential campaign in the USA," Vadim Gorshenin noted.

"The story is pretty much the same for Western media working in Russia. Radio Liberty (Svoboda) has a Russian audience of 2.365,150, BBCRussian - 15,500, Deutsche Welle - about two million. However, if we expand the list with the Russian media working on foreign grants, we will see a turn of the scale," the chairman of the Board of Directors of Pravda.Ru media holding said.

Mr. Gorshenin also paid attention to "ridiculous stats of the BBC." "One can hardly use a different word for it, because almost 50 percent of the audience of the Russian-language BBC website read the website from the Netherlands. The British guys, as we can see, do not mind laundering taxpayers' money, and we know that it is British tax payers, who finance the BBC," he said.

"Apparently, US Senators and Congressmen have not seen those numbers. Otherwise, they would know that they would be mocked at for contriving something against RT," Vadim Gorshenin concluded.