Gazprom has decided to accelerate the construction of the Power of Siberia gas pipeline to China. 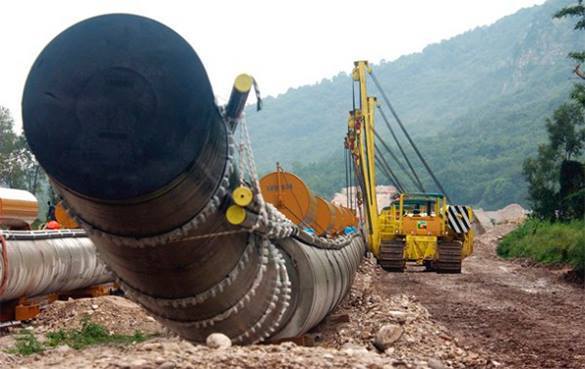 On Tuesday, chairman of the board of PJSC Gazprom, Alexey Miller, held a meeting on the development of the Chayandinskoye oil and gas condensate field and the construction of the Power of Siberia gas main, the press service of the gas monopoly said.

The report from the company says that Gazprom has built 45% of the total length of the priority section of the pipeline from the Chayandinskoye field to the city of Blagoveshchensk, which is 979 km. "By the end of the year, it is planned to build more than 1,300 km of the gas pipeline," Gazprom said.

The Chayandinskoye field is being currently developed: gas wells are being drilled, the construction of integrated gas treatment and infrastructure facilities is underway. Gas production at the field is expected to be launched in synch with the launch of the Power of Siberia pipeline. Gazprom plans to start gas deliveries to China along the pipeline on December 20, 2019.

Gazprom signed the 30-year contract for the sale of Russian natural gas on the "eastern" route (on the Power of Siberia gas pipeline) with China's CNPC in 2014. In accordance with the contract, China is expected to purchase 38 billion cubic meters of gas a year. Russia will ship gas to China from  gas production centers - Chayandinskoye and Kovyktinskoye - in Yakutsk and Irkutsk.

On July 4, 2017, following the talks between Vladimir Putin and Chairman of the People's Republic of China Xi Jinping, Gazprom CEO Alexei Miller announced that gas supplies via the Power of Siberia pipeline would begin in December 2019. However, Moscow and Beijing remain silent on the price of gas for the Celestial Empire. Does it mean that the parties hope to find a compromise on this key issue only by the end of 2019?