Well-known, but not most popular instant messengers Blackberry, Imo and Line have been blocked in Russia after the administrations of the platforms refused to provide information about user activity and users' personal data on request from Russian court bodies and special services. 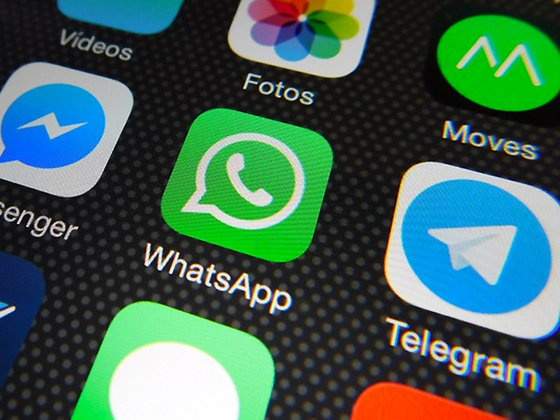 It is an open secret that many world-popular messaging and other Internet services are banned in China. Similar precedents have occurred in the United States as well, whereas Saudi Arabia and Turkey regularly block "unwanted" messengers and social networks.

To block a messaging service, one has to block the messenger website, the address for communication with the server, from which the messaging service receives and to which it transmits messages. In addition, the above-mentioned services will be deleted from Russian editions of Google Play and AppStore. Users will not be able to update their applications to obtain the "unblocked version."

However, most Russians use WhatsApp and Viber messages, along with Telegram. These platforms provide a wide ranger of services, such as chat rooms, group communication, status updates, millions of stickers and emojis, as well as free audio and video calls. Can they be banned in Russia as well? Pravda.Ru asked this question to a senior representative of Federal Service for Supervision in the Sphere of Telecom, Information Technologies and Mass Communications (ROSKOMNADZOR).

"Yes, WhatsApp, Viber, Telegram can be blocked even tomorrow, should competent authorities make such a decision. Technically, it is easy to do," the official said.

"For simple blocking, adequate apps will be removed from application stores, and users will not be able to download them on their devices. Websites of those messaging services will be blocked, and IP addresses of the servers, with which instant messengers communicate for receiving and transmitting messages, calls, etc will be blocked too," the source said.

According to the expert, this is enough as most users will not jailbreak their smartphones to be able to install the blocked programs.

"For a more complicated blocking, they use DPI equipment that allows to analyse even VPN-protected traffic. It is installed on peer-to-peer and basic Internet access operators. In this case, messenger traffic will  blocked at the most basic level," the expert explained.

However, such measures are not going to follow in the near future. Russia is currently in talks with the administrations of the above-mentioned platforms to bring their services in line with the Russian legislation. However, if messaging services refuse to work in compliance with the Russian law, they will be blocked sooner or later," the specialist told Pravda.Ru.

Igor Ashmanov of 'Ashmanov and Partners' said that Twitter agreed to comply with the Russian law and wanted to come under the jurisdiction of the Russian Federation.

Earlier, Russia blocked world-known social network LinkedIn after the latter refused to transfer its server to Russia to process personal data of Russian users on the territory of the Russian Federation.