By early 2018, Russia and Belarus will develop rules for the joint market of natural gas. The parties reached an agreement during the talks between Presidents Vladimir Putin and Alexander Lukashenko in St. Petersburg. 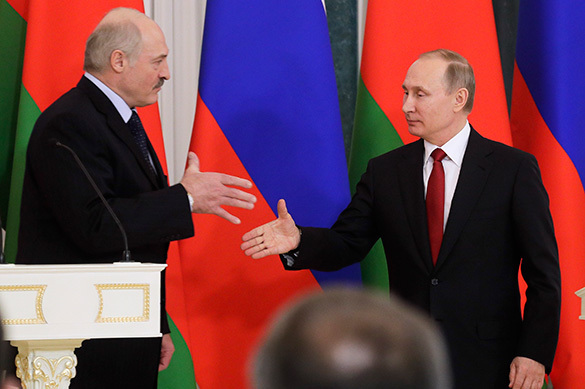 As the Russian leader said, Russia and Belarus managed to find a mechanism, in which the positions of the two countries will be brought together. By the summer of 2019, basic rules and conditions for creating joint market of electricity will be created.

Belarusian President Lukashenko, in turn, noted that there were no outstanding issues left: "Vladimir Vladimirovich, I thank you for your agreement to compromise in refinancing this year's debts to Russia," Lukashenko said.

Pravda.Ru requested an expert opinion on the subject from Director of the Energy Development Fund, Sergei Pikin.

"Who benefits from these agreements and why? Has Lukashenko managed to win anything?"

"As I understand, the parties have reached an agreement on the regulation of Belarus' debt to Russia. Belarus will pay its debt to Russia in stages. In a nutshell, Belarus accepts Russia's formula with a certain discount from 2018. The leaders of the two countries have agreed to make mutual concessions. The agreed numbers differ from the ones that were originally negotiated. Oil shipments will be increased to the originally negotiated level of 24 million tons. It is no longer profitable for Belarus to extend the conflict. The possibility to achieve an agreement was the highest at the meeting of the presidents."

"The presidents have agreed to create the joint market of gas. What does it look like?"