Novosibirsk lawyer Anton Tikhonov wrote a letter to developers of popular computer game DotA Dota2. The lawyer is convinced that the game should be banned for children under 18 years of age. According to the activist, the game does not ask for the user's age, which violates the law of the Russian Federation "On the protection of children from information harmful to their health and development." 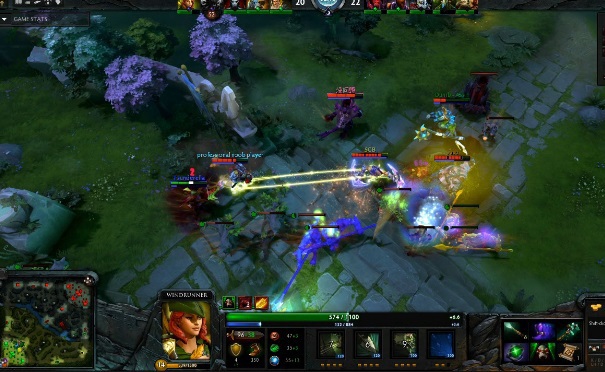 "The game creates a positive image of alcohol. Some characters in the game drink alcohol and become stronger. There are characters who commit acts of cannibalism, they eat corpses. In addition, players can buy characters. Sexual allusion is also present as all female characters wear skimpy outfits in the game. There is foul language also. To crown it all, one character, the Queen of Pain, if I am not mistaken, promotes sadism and masochism," Tikhonov told NGS.NOVOSTI publication.

The lawyer and his friend conducted  an experiment: they registered a new account, downloaded the game on a new computer, and the system did not ask for their age during registration. Gaming service Steam does not ask for user's age either, but offers to download the application at once.

Eighteen months ago, Anton Tikhonov wrote a letter to Valve Corporation, but has not received a response yet. The activist has sent materials that he has collected to psychiatric examination, after which he intends to bring an action to prohibit the game in Russia.

DotA (Defense of the Ancients) is a tactical strategy game, in which each player controls one character. During the game, depending on the progress, the player gains experience, discovering new abilities of a character. In Korea, DotA has already received a 18+ age requirement.

Earlier, First Deputy Head of the Constitutional Committee of the Federation Council, Elena Mizulina, who previously headed the State Duma Committee for Children's Affairs, offered to protect children under 16 or 18 years from the influence of online games containing scenes of violence. In addition, Mizulina put forward a suggestion to ban the games that propagate a negative image of Russia.

"We are particularly concerned about the omnipresence of online games with scenes of cruelty and violence, and children of all ages can access these games freely. It is obvious that all such products must be marked as 16+ "and" 18+," RIA Novosti quoted the official as saying.