Eight richest people in the world own the fortune, the amount of which is equal to the money that 3.6 billion people have. 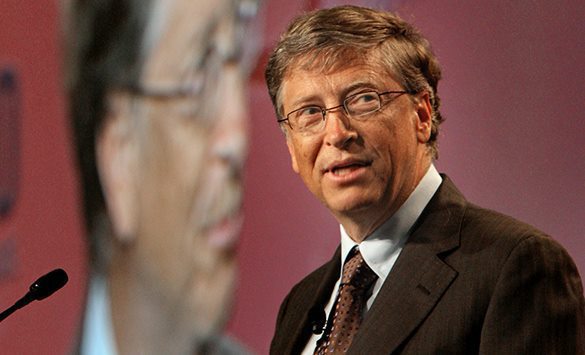 Earlier, Bloomberg calculated the index of billionaires, according to which the fortune of 400 richest people in the world decreased by a total of $19 billion. The reduction occurred because of the falling prices on raw materials, as well as weakening economic recovery signals from China.

The reduction has occurred for the first tie since 2012, when the index started growing. According to US-based billionaire Ken Fisher (founder of Fisher Investments, assets evaluated at more than $65 billion), excess oil, sluggish consumer spending and negative economic signals from China have frightened investors.

In 2015, Bill Gates' fortune was evaluated at $83.6 billion. Mexican telecommunications tycoon has suffered largest losses among the billionaires, whose fortunes were included on the list. The shares of his company America Movil SAB dropped by 25% in 2015.

The fortune of famous American investor Warren Buffett, who was ranked third in the index of billionaires decreased in 2015 by $11.3 billion to $62.5 billion. Buffett's investment company Berkshire Hathaway ends the current financial year with losses for the first time since 2011.

Spanish billionaire Amancio Ortega, the owner of Europe's largest manufacturer and seller of clothing Inditex, increased his fortune in 2015 by $12.1 billion - to $73.2 billion - and came second in the ranking of the world's richest people.

Jeff Bezos, the head of Amazon online retailer, increased his fortune in 2015 by $30.7 billion to $59.3 billion (fourth place in the ranking of billionaires).