The modern financial system was created for the oppression of national states. Any society in today's world exists to serve the interests of international financial corporations. The power is concentrated in the hands of an international group of financiers that move capitals from one country to another. To gain true independence, a country should regain control of its national currency. Pravda.Ru conducted an interview on the subject with Valerie Bugo, Doctor of Law in the field of international financial transactions, a specialist in the field of politics and, as she herself defines, geopolitics of cash flows. 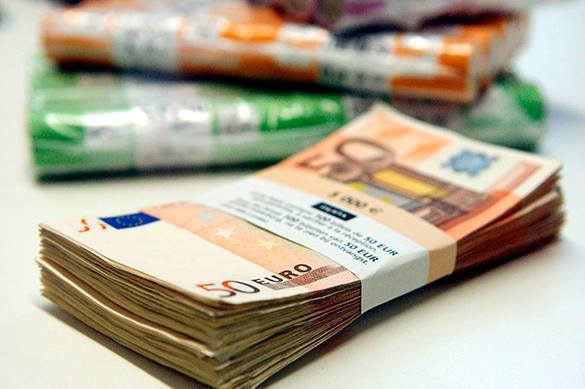 "In your recent publications on macroeconomic policy, you write about the new international system of fiscal accounting of income proposed by the Chinese. In contrast to what we have now, the new system is supposed to be transparent. What is the essence of the new system?"

"After the G20 summit, there was the official communiqué published on the subject. Transparency is the main peculiarity of the fiscal system that China proposed to avoid the phenomenon of so-called "tax havens." Currently, tax haven countries are unwilling to cooperate with other countries on financial flows. There is no bilateral or multilateral agreement that could handle illegal diversion of income.

"All this is connected with the economy of each country individually, as well as with the international situation in general. This situation contributes to easy financial transfers. As a rule, it usually works in the interests of certain groups.

"As a rule, these are American groups and joint-stock companies behind it. There is no system of free exchange of goods and benefits, contrary to what most people think. The Americans have managed to monopolize all these flows, so they move in their interests. However, no one talks about it, and there is no one single article on the subject in the Western world. There is no automatic or semi-automatic control system that could handle all this, because everything goes through anonymous business accounts.

"There are anonymous accounts in 'tax haven' countries, and no state will be able to handle it. For example, one country might say: "I wish to receive information about this or that state, about a certain organisation of that country." Yet, the country that has this organization, will say: "I'm ready to give you all the information that I have available, but my legal system prohibits me from conducting investigation into anonymous accounts." This is a smokescreen that enables enterprises, legal persons, business entities evade any taxation."

"In your article, you call the euro a disgusting currency unit. Why such an opinion?"

"The euro is, in fact, a disguised Deutsche mark, which does not allow to encourage businesses other than German ones. This currency allows Germany to ship its products and services to all countries of the European community creating exclusive conditions and preferences for the holder of the Deutsche mark, that is, for the main country of the current euro zone.

"Of course, this system has already boomeranged on Germany. Other countries are now afraid to invest in their own central banks. Those countries send their accounts to Germany, to German banks and they do not want to store them in their national banks. There are euros issued in Greece, in Spain, in Italy. They all seem to be the same, but each bank issues its own euro. When a German bank receives the French euros, they count them in their local money. In other words, there is still a certain old currency system in Europe. The French euros are counted in francs, the German euros - in marks, the Greek ones - in drachmas. Although all these euros are one and the same for consumers, the value of these assets is different. It just so happens that Germany is the holder of national accounts of a number of states, which creates great difficulties in financial relations between different countries. The European Central Bank controls the euro and the financial policy. All central banks should technically remain independent of political power.

"One should give countries an opportunity to live sovereignly and use economies to their advantage. Today, the situation is the opposite: it is economy that controls monetary units, weapons and policies. Therefore, politicians must regain control of currency, but there are people who do not want this to happen.

"I do not think that exchanging the dollar for the yuan will change anything dramatically - it's even-steven. In 10-15-20 years, we will be fed up with the yuan just like we are fed up with the dollar today, and we will be asking questions that we are asking today about the dominance of the dollar. Now is the time when one should decide where global domination comes from, how one should reinstate sovereign economies and how to eliminate global domination.

"In the West, states no longer exist. Russia is probably an exception from the rule, because Russia has an opportunity not to live in the Western system. In the West, countries remain under control, they fulfil the will of big financiers and the global market, they carry out non-democratic projects. Countries of the world want to be independent, but there will be no political independence unless there is economic independence."