Are diamonds still girls' best friends? Some people believe that diamonds have lost their erstwhile magic and are no longer considered as valuable as they were in the past. Pravda.Ru conducted an interview on the subject with Director of the Center for Gemological Expertise and Certification, Evgeny Zyablov. 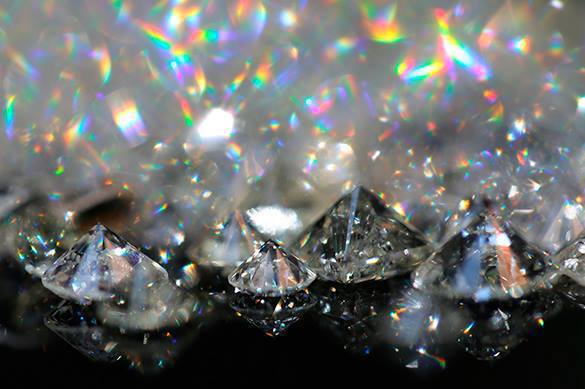 "Russia is the largest diamond-extracting country in the world. Russia produces up to 35 percent of diamonds annually, if weighed in carats. Carat is a traditional metrical dimension that was derived from the concept of a small seed. Metric measure is equal to two-tenths of a gram.

"In terms of diamond production, Russia is followed by Botswana, Angola and so on. Russia's diamond monopoly is Alrosa - the company that extracts nearly 95 percent of diamonds in the country, mostly in the Yakutia Republic. Most of Russian diamonds are produced for exports."

"How profitable is the diamond exporting business?"

"Russia exports diamonds, because Russia takes about four percent of the world's consumption of jewelry."

"In other words, Russia does not produce much because of low consumption, does it?"

"True, although four percent is not so little as it may seem. In the USA, however, the level is over 50 percent, so there is something to compare. If Russia produces 35 percent and consumes only four percent, it means that one needs to work for exports. Naturally, it is better to process and sell finished products. Alrosa receives 15-20 percent of profit from selling raw diamonds. The diamond cutting industry returns the profit of five percent. Thus, it appears that we do not need to develop the diamond cutting industry in Russia.

Currently, there are no monopolists on the world market. Alrosa and De Beers control the market in terms of diamond prices. There are several other companies that join them to control about 75 percent of the market. Alrosa is a Russian company, whereas De Beers is a transnational corporation.

"The market of jewelry has been changing a lot during the recent ten years. Customers around the world set forth more and more ethical requirements to products. People want to understand that their diamonds are of legal origin, that slave or child labor  was not used and so on.

"Another factor is the pressure of synthetic diamond on the market. They are expensive, but still they are four times cheaper than natural diamonds."

"And those are clean diamonds, without slave labor involved?"

"Yes. Brad Pitt, for example, has been running a campaign in the USA in support of synthetic diamonds. This is very important competition. A synthetic diamond in its aesthetic qualities is just the same as a natural diamond. The difference between them can only be established in laboratory conditions.

"Last but not least, there is a trend that lasts for 30 years already to make diamonds a commodity. As a result, diamonds have been losing their magic. There is no global campaign anymore to support the unique and amazing qualities of natural diamonds."