Oil hits lowest in 11 years due to oversupplies

Oil prices continue their decline in late 2015 in anticipation of growing oil supplies on the market. According to Bloomberg, the market is oversaturated with fuel. 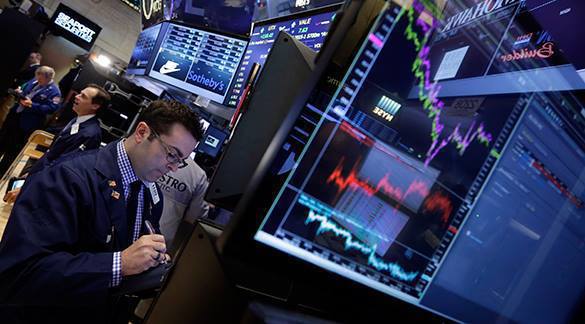 February futures for WTI crude oil at electronic trading on the New York Mercantile Exchange (NYMEX) dropped by $0.34 (0.94%) on Monday morning to 35.72 dollars per barrel, having marked the lowest level since December 2008. At the end of the previous session, the contract price dropped to $0.21 (0.58%) and made up 36.06 dollars per barrel.

The Russian ruble has been declining together with oil. Thirty-six dollars per barrel is a frightening scenario for Russia, taking into consideration the fact that the Russian budget for 2016 was drawn up on $50 per barrel. Russia receives 44 percent of its revenues from selling hydrocarbons, so the current price of oil leaves many questions for Russia for 2016.

At the same time, cheap oil is beneficial for Western countries that consume fuel. China, the largest importer of crude oil, profits from declining oil prices too. In general, the decline in oil prices gives a positive effect for global GDP.

The main reason for the decline of oil prices in December is the fact that global oil market is oversupplied. At the last meeting of the OPEC on 4 December, members of the cartel refused to name restrictions on oil production. OPEC currently produces 31-21 million barrels of oil per day.

Saudi Arabia is thus trying to increase its market share and force US shale oil companies leave the market.

Oil reserves in the US currently remain on the highest level since 1930, a recent report said. Last week, US President Barack Obama signed the draft budget for 2016 that lifted the ban for the 40-year ban on the export of US oil. The move is not likely to show great influence on oil prices, but it can aggravate the situation with oil oversupplies even further.

On December 4, OPEC countries decided that the cartel will continue the extraction on the current level of about 31.5 million barrels per day.

To crown it all, the supply of oil in the coming months is expected to grow because of Iran, as the country prepares to return to the market after the lifting of sanctions. Iran may start exporting oil in the first quarter of 2016.