Why do large economies prefer not to repay their debt?

Against the backdrop of the US national debt, Russia's public debt is like a molehill vs. a mountain. The US financial system and the US currency are still deemed to be reliable for investment. Why do all countries want to settle their debt payments with the IMF in the first place? Pravda.Ru discussed these and other topics in an interview with the head of analytical department at Alpari Company, Alexander Razuvaev. 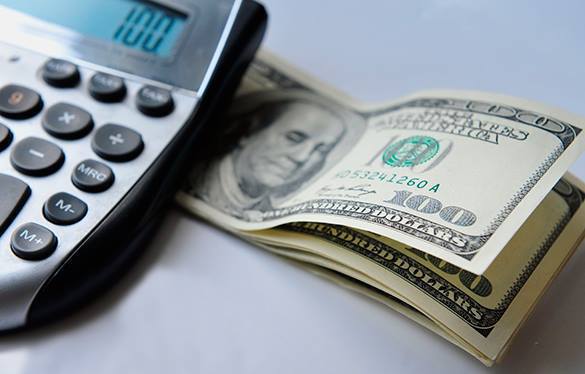 "In what circumstances and for what purposes do countries usually borrow money from foreign creditors? How can they repay their debt?"

"In fact, one can repay their debt not only with the help of their income - one can refinance their debt as well. The modern financial system is built in a way to enable the United States and the Group of Seven countries to refinance their debt. In a nutshell, they can borrow more to cover both the principal amount and interest. Given that interest rates in the world are very low, it is easy for them to do that. The US or Japan repay their debts with new loans easily."

"What are the tools in external debt policies?"

"Usually, bonds are issued. This is a standard form of raising capital. At the same time, when we talk about some treasury bills, they are also bonds. Of course, there are direct loans from governments, there are loans from the World Bank or the International Monetary Fund. However, these are all political loans. They indicate that this particular financial organization supports this particular political regime.

Russia forgives debts to many, no one forgives Russia's debt

There is, however, a very important aspect here. Bondholders only need to have their money and interest returned to them. As for IMF loans, there is always a "reform plan" as they call it. In addition, this is usually a loan extended for a few years. If a country does not comply with requirements of the IMF, the country may not see the money. The IMF usually demands cutting spending on social costs, closing "unprofitable", as the believe, companies, etc."

"How many countries are now debtors to the IMF and the World Bank?"

"Quite a number of countries. The World Bank is less politicized. The IMF is a very politicized structure. The IMF always advocates the interests of its main shareholder - the United States.

"This system was built for the capitalist world right after WWII. After the collapse of the Soviet bloc, it became one single system for the whole world. There were clever countries, though. For example, the Czech Republic signed a memorandum of cooperation with the IMF after the collapse of communism, but did not raise the loan from the IMF. Accordingly, the IMF could not put pressure on the Czech government.

"The policy of the IMF is very tough and rigid. The task of the IMF is to make this or that country implement a policy of transnational corporation - American corporations in the first place. If we look at Russia during the 1990s, it becomes clear that one of the main objectives of the IMF was the elimination of the Russian military-industrial complex.

"As for Ukraine, the IMF wants Ukraine to cut the public sector, cut salaries and close productions that are primarily oriented at Russia, Belarus and other countries of the Customs Union.

"When the current Ukrainian government says that their debt problem is a legacy of Yanukovych, they are right to a certain extent. The previous president of Ukraine was maintaining an inflated standard of living in the country with the help of foreign loans and discounts on Russian natural gas. Now the situation is different. Ukraine's prime creditors are US-based funds. Ukraine has to get rid of the debt problem to make the money flow in. To start economic modernization, Ukraine has to declare default. Most likely, Ukraine will declare selective default. They will declare default on liabilities other than liabilities to the IMF."

"What about the state of affairs in the eurozone, particularly in Greece? There is a phantom of default roaming in Europe too."

"Greece was eager to enter the eurozone, but could not for economic reasons. The Greeks hired authoritative US financial companies that offered to completely falsify debt ratios and macroeconomic statistics. As a result, Greece advertised false figures, and the European Commission did not bother to check. If Greece declares default, the Greek will rush to withdraw their euros from bank accounts. Of course, if all depositors do that on one day, the bank will collapse. Should the Greek financial system collapse, all creditors of Greece will suffer, especially German banks. After Greece, there can be Portugal and even Italy."