Eric Kraus: Europeans ready to struggle against USA for freedom of trade

On April 17, the world marked the International Day of Action against the Transatlantic Trade and Investment Partnership (TTIP). Demonstrations were held in London, Brussels, Madrid and Helsinki. Why do people protest? Pravda.Ru interviewed Eric Kraus, an international analyst for political risks, specialists for financial markets of Russia and Asia to learn expert opinion on the subject. 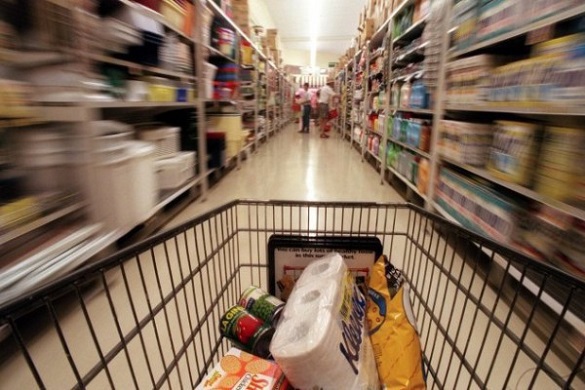 The TTIP is nothing more - nothing less - than the agenda of American big business as formulated by the Obama administration.It provides extra-judicial protection to multinationals, putting their interests about those of the national governments - allowing them to sue government for any regulatory action which goes against their interests. Perhaps the best example being the tobacco companies lawsuits against countries which have enacted plain-packaging rules for cigarettes in an attempt do decrease consumption.

Any regulatory action - environmental, social, health and welfare, could be the target of hugely expensive legals actions, effectively forcing an American-style corporate agenda on countries where governance is - to at least some extent - still in the interests of society at large. It is a step towards exporting the American model of privatization of the public sphere. Where government becomes merely a facilitator to big business, rather than providing any sort of counterbalance to its power.

Why do people protest?

In Europe people are protesting because - while they have not been able to fully analyze in detail a treaty  being negotiated in the deepest secrecy, so as to prevent a social reaction against a treaty which would have an overwhelming effect upon their futures - they rightly assume that it is intended to benefit the multinational sector- while leaving them increasingly powerless and dependent upon the United States.

While the US is still able to dominate the EU leadership and most European governments (perhaps because their NSA data has allowed ample opportunities for blackmail?) they are increasingly unpopular with the European masses - who somehow perceive that they have been the losers in the recent years, and assume that the American "win-win" proposition is actually "win-lose."

Why is the dialogue conducted behind closed doors?

The treaty is being negotiated in secrecy because its emasculation of the regulators, and the ability of corporations to sue for any regulation they do not like, would be hugely unpopular in Europe, where there is far more distrust for the agenda of big business.  The world is moving from a multilateral model to a model based on regional blocks. The EU, The US-Japan, the Eurasian Economic Union, Greater China.

Who can benefit from this zone? Will small and medium-sized enterprises withstand such market globalization?

Those left outside of the blocks are like airlines left outside of the major alliances. They are at a major disadvantage. Everyone is looking to get inside for fear of economic isolation.  The treaty and its TransPacific twin - is not primarily aimed at Russia. Discussions were begun long before the current confrontation between Russia and the G7. Instead - it is aimed at China.

Some political scientists think that this agreement will allow to attach Europe more closely to the US due to considerable restriction of trade and economic relations of EU and Russia. Do you agree?

The US is belatedly becoming aware that it is losing the race - that it is being overtaken by a large and far more dynamic competitor, and it is trying to batten down the hatches and create a closed trading system for its own benefit - and to slow the rise of China.  This is, in my view, doomed to failure based on the simple economics. China is now the world's largest economy (in volume, i.e. PPP terms), the largest source of investment capital, the source of most global economic growth, and the largest trading economy. Beijing's success in bringing the Europeans and most Asians aboard in their Pacific-basin investment bank - against the strongest objections from Washington - is proof of the fact that the Europeans are sufficiently pragmatic to understand where the future lies. If there is any doubt about this - one merely needs to look at British foreign policy which now involves kowtowing to the Dragon at every opportunity - no more protests about Hong Kong, no more meetings with the Dalai Lama, and state visits to Beijing where they have learned to cover their hosts in praise.

German Chancellor Merkel has recently declared about her readiness to build trade and investment zone from Lisbon to Vladivistok. How does it correspond with the pact? Does Merkel play a double game?

Merkel is a consumate politician - exceedingly good at manipulating German public opinion - which is largely opposed to many of her initiatives.She has abandoned any semblance of political independence from Washington - which had been a cornerstone of German politics since the 1980s. The TIPP is particularly unpopular in Germany - as is her Ukraine policy - but there is little organized opposition, and she can disguise her total subservience to Washington by presenting it as being in German interests.