While consumption is growing "attending" the interests of a privileged few, the environment degrades greatly as more economic growth accounts for exhaustion (the origin of the term "fatigue") of natural and energy resources and the complete depletion of ecosystem services. 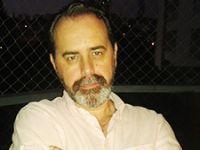 Against facts, there are no arguments: the ability of the terrestrial ecosystem is limited to withstand the pressures from economic growth.

Data on the consumption of goods and services worldwide reaffirm the unacceptable differences between the richest and the poorest. 80% of global private consumption is snapped up by 20% of the world population living in the richest countries, what is "left over" has to serve the 80% of the population (5.6 billion people), resident in the poorest countries and developing countries, accounting for only 20% of world production.

Only the US, with 4.5% of the world population (315 million people) consumes 40% of available resources, leading to the conclusion that if the other people of the world wish to consume the same level as the Americans, they will need four more planets Earth, which is just insane.

Large-scale consumption is clear and crystalline synonymous with degradation of natural ecosystems; more economic production is the evident result of more pollution, more waste (disposal), and a less protected environment, which compromises greatly in the quality of life.

Not coincidentally, etymologically the word "use" means "exhaust". While the richest exaggerate consumption, the poorest suffer the consequences of environmental imbalance.

Over the past 30 years, global consumption of goods grew at an annual average of 2.3%; in some East Asian countries this rate exceeds the level of 6%. Stephen Pacala, an ecologist at Princeton University, points out that the 500 million richest people in the world (approximately 7% of the world population) currently account for 50% of global carbon dioxide emissions, while the poorest 3 billion are responsible for only 6%.

According to the Worldwatch Institute (Report "The State of the World") in 2008 68 million vehicles, 85 million refrigerators, 297 million computers and 1.2 billion mobile phones were sold worldwide. The consumption of humankind in goods and services in 1960 reached the equivalent of US $ 4.9 trillion (2008 dollars); in 1996, the figure reached US $ 23.9 trillion and, ten years later, it reached over $ 30 trillion.

In France, the mean protein intake is 115 g / day, while in Mozambique it is only 32 grams. Every citizen of the United States, on average, consumes 120 pounds of meat per year (10 pounds per month), while an Angolan consumes 24 pounds / year (2 pounds / month). The 350 million Americans eat 9 billion birds each year.

In the whole of Asia, with 3.5 billion people, the consumption is 16 billion / year. There are 150 cars for every thousand inhabitants in China, while in the OECD (Organization for Economic Cooperation and Development) this ratio is 750, and in India, only 35.

On the one hand, there is an exaggerated consumption and waste of all natural heritage (forest loss and all biodiversity, the availability of drinking water that was 17,000 cubic meters per capita in 1950 and is now 7,000 cubic meters), while the indices of social inequality shoot up, making even more chronic the way of living of the poor and needy.

According to studies published by the United Nations Development Programme on the five richest countries (USA, China, Japan, Germany and France), the traditional GDP indicator indicates they consume 45% of the protein available, 58% of energy, 84% of paper, 14 % of telephone lines, while the five poorest countries (Zimbabwe, Chad, Burundi, Liberia and Guinea-Bissau) consume 5% of protein, 4% energy, 1.1% of paper and 1.5% of telephone lines.

Spending on cosmetics per year in the US alone reaches the amount of US $ 8 billion. Europe spends on cigarettes, also per year, more than $ 50 billion and $ 105 billion are spent on alcoholic beverages. Spending on armaments and equipment in the world is per year close to $ 780 billion while only $ 9 billion would be enough to bring water and sanitation for the entire world population.

The question then is very simplistic: no economic system can base its continued growth based on (support for) a biosphere that does not grow - and will never grow in size; a biosphere is not renewed.

This is precisely what cannot be sustained; so the scope of sustainability is increasingly distant, after all, only what is renewed is sustainable. What is not renewed is not sustained.

Therefore, it is a mistake to use excessive consumption rates to establish patterns of economic performance.