Famous American financial analyst Dr. Jim Willie unveiled analysis according to which the hegemony of the dollar will collapse in the near future. Dr. Willie named the factors that have an extremely negative impact on the US currency. The first factor is consequences of the 2008 crisis and US banking system still cannot get over it. 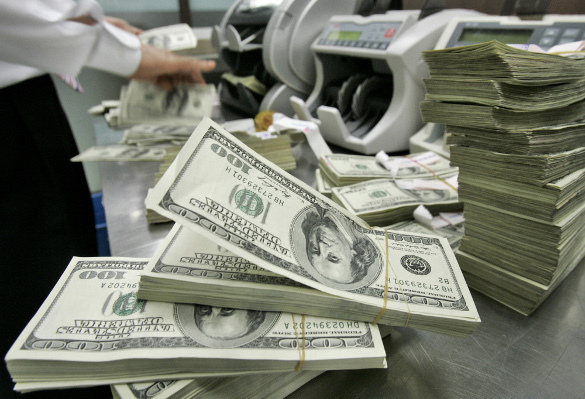 As noted by Jim Willie for a long time  US banks have worked on trust - on the one hand there were the legal claims of investors, on the other hand banks kept liquidity using money received including from the drug trade (Which the UN confirms). Thus banks are at risk.

Yes it is true. And we know that even in terms of fixed commitments today the whole world GDP is about 60 trillion and this only 1/10 of the debt.  And if we take any kind of already tertiary quaternary derivative securities then we should talk about  a quadrillion unsecured debts in a terrible shortage of liquidity.

Therefore in principle it is correct. But this doesn't mean that the dollar will collapse. As the dollar exists in such a system and this is its natural environment - said in an interview to Pravda.Ru Chairman of the Supervisory board of the Institute of Demography, Migration and Regional Development Yuri Krupnov.

At the same time director of the Shiffers Institute for Advanced Studies, a member of the working group "Trans-Eurasian development zone" in the Russian Railways, Professor at Moscow State University Yuri Gromyko  says that the threat to the US banks is still there. And it is due to the fact  that  for many years the dollar was supported by the power factor. As with all financial and dollar systems which largely kept  the military-industrial complex.

Indeed it is unlikely for someone secret that the US military budget is the largest in the world. In 2015 it is America's plan to spend 577 billion dollars on the military goals which of course takes into account all the military plans to fight the Islamic State and the threat of terrorism around the world.  At least it sounds familiar to us the official version of Washington.

The problem is that the militaristic nature of the US financial system goes sideways for the Americans themselves. Huge spending on armaments and war is all interesting to Washington, however parts of the world dipped the country in all large debts. Money spent on arms is not returning to the US economy anyway. That causes conflicts between American political parties and the constant talk that the dollar bubble may burst.

Meanwhile, central banks of the EU which have always been coordinated with the US Federal Reserve monetary policy, began to make their own decisions based on local problems. So the Bank of Switzerland let the Franc float freely ending a three-year support for a minimum rate of national currency  at 1.2 Franc against the Euro and lowering the interest rate to minus 0.75%.

Own policy also began to lead  Banks of England, Japan and the ECB... At the same time  the dependence of these Central banks on the United States is still huge and even strengthened. As pointed out by Yuri Gromyko the conflict in Ukraine was conceived Barak Obama including in order to increase the pressure on the European Union to destabilize the economic situation in the region.

Obama jokingly called the lord of two rings because the Obama plan was proposed transatlantic alliance with the euro  then there is an open  free trade zone with the EU  and transpacific that is across the Pacific Ring with Japan. But Japan has not accepted this plan. And therefore the crisis in Ukraine has acted as an additional factor of pressure on the EU.

Because it is well known that financial groups in Germany are under significant control by Americans. But the pressure of external factors in the attempt to keep the dollar system cannot last forever. Because  at some moment  any military operation, any military pressure the issue price  arises. - says Yuri Gromyko to Pravda.Ru.

It is understood that the military arguments face the arguments of financiers. Sometimes the Military gain superiority that offers their factors  how to keep the dollar system but at the same point it becomes costly and unprofitable then again financial groups are in effect.  And from this point of view the expert stressed, in the old financial citadel ie in London and Tokyo they constantly examine the question of what are the conditions to go beyond the world  of the dollar which is determined by elementary questions of benefits.

Moreover, the whole world is waiting that the Central Bank of Russia will begin the transition to a sovereign policy and this should not be a collapse of the dollar but it implies that the dollar may be possible to move as a major single reserve system as a single world currency so the question is how to go beyond the dollar - said Yuri Krupnov to Pravda.Ru.

Conspiracy oil kings against the dollar

Meanwhile, Saudi Arabia apparently wishes to establish contacts with China for cooperation on oil with no place for the United States and possibly petrodollars.  And most importantly according to the American expert, the countries increase their gold reserves. And it may already be a direct threat to the hegemony of the dollar....

"Problems of the dollar are enormous, but yet the whole system is built around the dollar and the problem is not how to unleash but how to go out and start to build another system. That is a question primarily related to Russia which otherwise loses its sovereignty" - concludes Yuri Krupnov.