The Central Bank of the Russian Federation canceled the corridor of the currency basket, as well as regular interventions at the boundaries of the corridor and beyond them, an official statement from the Bank said, TASS reports. 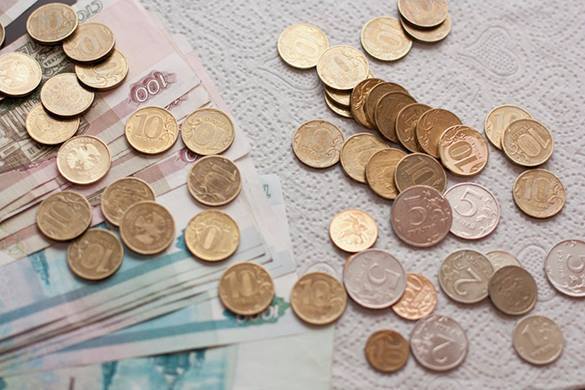 "The Bank of Russia, from November 10, 2014, abolished the acting mechanism of exchange rate policy, reversing the interval of admissible values of the bi-currency basket (operating range) and regular interventions at the boundaries of this range and beyond," the statement said.

The new approach of the Bank of Russia to operations on the domestic market does not stipulate complete renunciation of foreign exchange interventions. They can be conducted in case of threats to financial stability in the country.

From now on, the formation of the ruble rate will take place under the influence of market factors. The move is supposed to strengthen the effectiveness of the monetary policy of the Central Bank and ensure price stability, says the regulator. It will contribute to quicker adaptation of the national economy to changes in external conditions. To crown it all, it will increase its resilience to adverse shocks, the Central Bank said.

Elvira Nabiullina added that the Bank of Russia temporarily restricted the provision of ruble liquidity to banks to curb speculative demand on foreign exchange market and reduce the pressure on the ruble. "We will temporarily restrict the provision of ruble liquidity, because it is used not only to finance the economy, but also to play on the foreign exchange market," she said.

Finance Minister Anton Siluanov said the bank made a correct decision to refuse from the currency corridor. Later on Monday, the minister said that the decision of the Central Bank was "somewhat belated."

The government of the Russian Federation also supported the decision of the Bank of Russia. "I heartily support this decision. I believe that this is the right thing to do. The Central Bank should have done that before. They should have done that in August," a source from the Cabinet told reporters. In August, when there was no much pressure on the ruble, the refusal fro, the abolition of the corridor would have gone unnoticed. "No one would have noticed that. The rate would have neared its economically justified border and everything would've been fine," the unnamed source said. According to the source, the current fair value of the ruble is around 42-44 rubles per dollar. "If oil prices stabilise and no new sanctions follow, the normal equilibrium rate would be 42-44 rubles per dollar," concluded the source.

The Russian currency market reacted neutrally to the news from the Central Bank, experts say. The dollar and the euro remained at the levels, at which they were before the news about the cancellation of the currency basket corridor. The dollar dropped against the ruble by 1.69 rubles to 44.96 rubles. The euro slid by 1.91 rubles to 56.13 rubles.

The ruble began to strengthen on Monday morning after President Vladimir Putin announced that the ruble was exposed to "significant fluctuations." The president assured that financial authorities of Russia take all necessary measures. He expects that "speculative leaps" of the ruble rate will end soon.

First deputy chairwoman of the Bank of Russia, Ksenia Yudaeva, said that the ruble was hitting all-time record low levels against the dollar and euro because of the actions of currency market speculators. At the same time, representatives of the  Central Bank administration have repeatedly declared determination not to leave the currency market by replacing interventions with currency refinancing. This should reduce the burden on foreign exchange reserves of the Central Bank.

Since 2005, the Bank of Russia, as an operational target, has used the ruble value of the so-called dual-currency basket consisting of EUR0.45 and $0.55. Prior to that, the ruble rate was completely tied to the dollar.

The basket was introduced to determine the real exchange rate of the ruble against major world currencies: the US dollar and the euro. At the time of the introduction, the currency basket consisted of 0.1 euro and 0.9 US dollar.

After the crisis of 2008-2009, the Central Bank began to gradually push the boundaries of the floating corridor, while reduces all types of interventions with an intention to fully focus on the control of inflation.