The reason we can't allow deflation 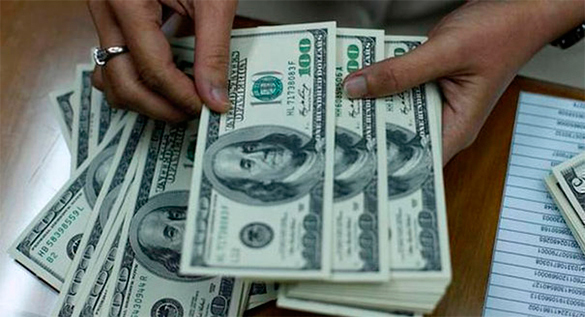 In normal times a certain amount of inflation and deflation is natural. During the years of the gold standard, prices moved approximately 2% either side of zero. It was like a pendulum where gold would flow into the country due to greater exports leading to gently rising prices, then flow out of the country as imports increased leading to gently falling prices. The process usually took a decade or two and was virtually imperceptible to the average person and certainly never an issue. Stability was the rule of the day under the gold standard, at least where the value of money was concerned.

After a hundred years under a fiat standard, things are very different. The value of money has fallen by some 98%. Under a fiat standard we have suffered numerous financial crises, including the crash of 1929 and the Great Depression which lasted ten years; the inflation of the late 40's; the international monetary crisis of the 70's which saw the demise of the Bretton Woods system of fixed exchange rates; the fall of the dollar; double digit inflation; and the monetary crisis and recession of 1980.

Stability returned to the US markets over the next few decades with only a few crises that were short but inconsequential. The stock market crash of 1987 was worse than that of 1929, yet didn't even produce a recession. All of the crises during that era were dynamic yet fleeting. It wasn't until the financial crisis of 2007 that the relative calm was broken. (Click here for a comprehensive look at the cause of the crisis of 2007.)

The distinguishing difference between this crisis and most others is the degree of de-leveraging that took place and continues to take place around the world. It has led to a lingering deflationary/recessionary bias in the world that continues to plague nations everywhere. Some free market advocates insist that if we allow the market to adjust and just "take our medicine" we will be out of this malaise in no time. They advocate allowing the market to clear through deflation...and some advocate returning to the discipline of the gold standard to create stability.

Such views are naïve at best and dangerous at worse. As a free market advocate myself and an advocate of hard money, I have argued vigorously in past articles that this is not the time to attempt such bold reforms. The reason is that while such moves might be workable in normal times, we are not in normal times. Any attempt to solve the financial problems we have through tightening monetary growth or imposing austerity measures will likely plunge us into a deflationary spiral.

Japan is the most obvious example of a nation that allowed deflation to take hold and has failed to return to normal economic growth after 30 years! Here is a nation that allowed the market to "clear," and allowed a deflationary spiral to take hold and has never come out of their malaise to this day. The reason is that, while you can get hurt falling out of a one-story building, you can get killed falling out of a ten-story building.

During the years of the gold standard we maintained leveraged ratios within the banking system so that we never went higher than "the first story." When adjustments were needed, the market made them, and although markets swung violently to correct imbalances, the crises and recessions were brief. Normalcy returned quickly and monetary stability and economic progress returned. Not so in Japan. Why?

It is because their economy was so distorted after decades of government intervention it was impossible to navigate through the malinvestment and misallocated resources created by government policy over the decades. Worse, they increased government controls and regulations as they spent the taxpayers' money on make-work programs that did nothing but further distort the market.

Since Japan is not willing to move toward laissez-faire capitalism (which is true of all nations today) the best that can be achieved politically to fight this trend is to back out of problems the way governments came into them. This entails a slow process of backing away from cumbersome government controls and regulations and returning to free market policies, and for central banks to pursue anti-deflationary policies while encouraging de-leveraging by both the private and the governmental sectors everywhere.

The goal is to prevent a modern day liquidity trap that leads to falling prices, falling wages, falling tax revenues, and the inability to pay off debts. This would lead to default on debts by governments, consumers, and businesses, and to a new round of deflation -- and the spiral would continue unabated as it did in Japan.

The error being made today is the notion by Germany, Japan, the ECB and even the Fed, that lowering interest rates is anti-deflationary and stimulative. It is not and never has been. With all the attempts to inflate and with the lowest interest rates the world has seen in centuries, it is deflation and recession that continues to plague the world. In order to create inflation (or more precisely fight deflation), central banks need to increase the money supply as defined by M2 and create conditions for individuals and businesses to use the money. Only then will the velocity of money pick up, prices become stabilized, and growth be stimulated.

It is a combination of fiscal policies that allow freedom of action and new incentives to produce and invest, together with a gently increasing monetary policy directed at money in circulation that will effectively fight the malaise we are in today. Only after we are out of this malaise, and where deflationary forces have been arrested, can we turn our attention toward fighting future inflation, deficits, and unfunded liabilities. So I suggest we get on with it quickly.

Even with all the money created by central banks, the money lays dormant in bank reserves as the rate of growth of M2 (money in circulation) declines. (In the last few years M2 has declined from greater than 10% increases to as low as 5% increases. And the velocity of money is the lowest in history.)

Free market advocates have a problem with creating inflation to fight deflation. I understand this, but we are living under the rules of a fiat standard and Federal Reserve System and have been for over one hundred years now. The rules of our monetary system changed long ago, and so must the way we fight inflation, deflation, booms and busts. The rules under a fiat standard are different than those under a gold standard. You can't impose a gold standard's discipline on economies as fragile and leveraged as those of the world today. Nor can you impose austerity abruptly. Both would be counter-productive. We need to earn and produce our way toward imposing that kind of discipline on nations.

There is a time and place for such policies and the best way to achieve monetary stability, fiscal discipline, and greater personal freedom, is through government and central bank policies that fight deflation and recession through rational increases of the money supply in circulation and economic reforms that provide greater freedom of action and incentives for individuals and businesses to produce. A continuation of present quantitative easing is not the solution. Neither is the imposition of thousands of new controls, regulations, and taxes on the economy.

The road to a prosperous and non-inflationary economy in today's context is a monetary policy that gently increases money in circulation to the point where the velocity of money picks up. This can be achieved either by the central bank targeting M2, fiscal reforms of the tax code, (lower taxes mean more money left in the private economy) or the reduction of counter-productive controls and regulations -- and preferably a combination of all three.

As of last month five countries in the Eurozone fell into deflation and the rest are moving toward it. Meanwhile, Japan is teetering once again on a deflationary recession. The IMF reduced its estimate of world growth for this year, and commodities are in free fall everywhere.

So I say again, ignore deflation at your peril. That was the lesson learned by Japan and the whole world needs to take heed.