China to invest $20 billion in India despite territorial dispute

The leader of the People's Republic of China Xi Jinping arrived on a visit to India, where he had a meeting with Prime Minister Narendra Modi. The goal of the Chinese side, apparently, is to strengthen both diplomatic and economic relations with its neighbor, despite unresolved territorial disputes between China and India. 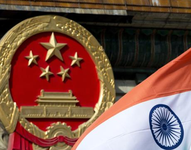 According to the South China Morning Post, Narendra Modi gave a warm welcome to Xi Jinping. On September 17, Modi celebrated his 64th birthday, and the Chinese leader with his wife joined the dinner, which consisted of 150 different dishes. There  were mostly Gujarati dishes on the table as Gujarat is Modi's home state. After dinner, the leaders went to the Indian capital.

During the talks, the sides discussed the strengthening of economic ties and the growth of Chinese investment in India. However, the cooperation between the two major Asian countries is undermined by ongoing territorial disputes on the border in the Himalayas.

During the talks, Modi expressed concerns that the trade imbalance between China and India was increasing. The Indian leader asked for assistance in providing access to the Chinese market for Indian companies.

China, in turn, plans to invest tens of billions of dollars into the economy of India, Interfax reports. Representatives of China and India signed the total of 12 business agreements in New Delhi. One of the agreements provides for investment in the Indian economy - $20 billion within five years.

In particular, China plans to assist India in the modernization of the railway system in the country, as well as in the construction of industrial zones in the states of Gujarat and Maharashtra. India will also receive more favorable conditions for the export of agricultural and pharmaceutical products - the Chinese market will be more accessible. In addition, China and India signed contracts worth more than three billion dollars in the field of air transport rent and in telecommunications.

The Chinese leader also expressed support for India's full membership in the Shanghai Cooperation Organization (SCO).  According to Xi Jinping, India's status as a full member of the SCO will ensure better security in the region. The SCO includes Russia, China, Kazakhstan, Kyrgyzstan, Tajikistan and Uzbekistan. India, Iran, Mongolia, Pakistan and Afghanistan have the observer status.

As for economic plans of China, Corriere della Sera wrote that Xi Jinping, prior to his visit to India, praised the new relationships between the "Chinese dragon" and "Indian elephant".

The Chinese president stressed out that between China, "the factory of the world" and India, "the office of the planet," one needs to create most competitive production base and a more attractive market for consumers around the world. China, the newspaper wrote, is willing to invest in the construction of railways and highways in India. In particular, China will assign $6.8 billion for the construction of two industrial parks in India.

It is worth noting that over the past 14 years, Chinese investments in India amounted to only $700 million. In turn, India is seeking access to the Chinese market for information services, technology and pharmaceuticals. The talks between the two leaders were not easy, but trade agreements between the countries can be called profitable and truly epoch-making.

Some believe that China is interested in strengthening partnership with India to the detriment of Japan.

China is the first trading partner for India, although for Beijing, India comes 12th. The trade between the two countries is estimated at nearly $70 billion, but the deficit of India makes up 30 billion. China's GDP is more than six times the size of Indian GDP.

The debate on the disputed border in the Himalayas, where there is no clear demarcation, resumed this week, when Indian officials said that Chinese troops entered the region of Ladakh in Indian-administered Kashmir and started building roads there.

China claims for about 90,000 square kilometers of land in India's northeastern state of Arunachal Pradesh. India says that China occupies 38,000 square kilometers on Aksai Chin plateau. In August last year, the countries signed the "Agreement on military cooperation on the border," which includes a number of security measures along the so-called line of actual control.