Russian ruble cries as Ukraine sells itself to IMF

Despite the fact that the weakening of the ruble has been predicted since late 2013, the rapid devaluation of the Russian currency is now associated with political instability in Ukraine. Pravda.Ru asked experts whether the Ukrainian revolution and instability adversely affected the ruble and whether we should fear further deterioration of the situation in Ukraine. 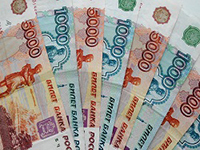 Since the beginning of the year the ruble has been slowly but surely losing its value. By last Friday the exchange rate was approximately 36.1 Rubles for $1US. The media began reporting a connection between the unstable social and political situation in Ukraine and the Russian national currency. This issue did not go unnoticed by the Russian officials who met at the 11th Krasnoyarsk Economic Forum that ended on March 1st. The former Finance Minister Alexei Kudrin expressed concern that the political crisis in Ukraine could exacerbate Russia's economic crisis. According to Kudrin, Ukraine is Russia's main trade partner, and as a result of the unrest in Ukraine Russia may experience problems with one of its markets.

No less disturbing is the fact that the Russian Federation has issued a loan to Ukraine, and now it is unclear how the new government will be returning the borrowed money that, evidently, not only did not help to solve the problems of the economy, but disappeared in an unknown direction. All these events have significantly affected the ruble, Kudrin said.
Currency markets experts told Pravda.Ru that the Ukrainian revolution has indeed adversely affected the Russian national currency.

"Of course, there is a direct link between the events in Ukraine and the outflow of capital from the Russian market. This affects the ruble because investors fear a repetition of the situation of 2008, when there was a conflict with Georgia," said Andrei Schenk, an analyst of Investcafe. "It is natural. Such conflicts, prolonged confrontation, unforeseen economic difficulties, including, perhaps, some sanctions, and the emergence of risks lead to an outflow of capital. Naturally, ruble sales are falling, which puts pressure on the ruble. "

Despite the fact that further developments in Ukraine are difficult to predict, the analyst shared his predictions about the future of the Russian ruble in the coming months. According to Schenk, in the next three months the dollar will be at the level of 36.1, and in the short term, it will fluctuate in the range 35.7-36.1 rubles for $1US, which means that currently the exchange rate is at its highest level.

This may be explained by the current uncertainty of Russia's position in relation to the events in Ukraine.  IFC Markets analyst Dmitry Lukashov said in an interview with Pravda.Ru that the current demand for the dollar is heated by foreign investors and the public. It is based on emotions rather than fundamental factors. Amid these concerns, there are fears that the dollar may reach the mark of 38-39 rubles, the analyst believes.

"The events in Ukraine may have an adverse impact on the Russian ruble. Likely foreign investors will be waiting it out. The inflow of foreign currency in the form of investment will slow down. The already present outflow may increase. In addition, the Russians trust the US dollar over the ruble increasingly more. Since the beginning of the year the demand for foreign currency has tripled," said Dmitry Lukashov.

Today it is unrealistic to expect stability of the ruble. At the moment, there is no impetus for it, however, the position of the national currency should not be considered hopeless. While some economists propose to rely on the growing prices in the oil market, Dmitry Lukashov believes that the ruble could straighten up even with the current oil prices.

Andrei Schenk argues that the situation with the ruble is not that deplorable and the exchange rate can be improved by several factors: "High oil prices have traditionally supported the ruble, but there are other factors that can support it, for example, suppression of the opposition in Ukraine, factors unrelated to raw materials, e.g., local investment. Even if not very significant at this time, it will support the ruble. I think that even a small push can slightly adjust the exchange rate, but generally high oil prices can be the main driver.