As soon as the removal of Iran sanctions prohibiting the members of the international community to buy oil from this country became public knowledge, analysts and experts started talking about a possible collapse of oil prices. How realistic is this scenario and what would be the consequences of Iran's oil production for Russia? 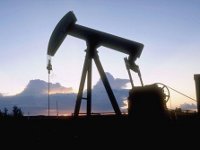 When two years ago the European Union joined the sanctions introduced against Iran, Tehran's reaction was not just neutral, but rather, somewhat challenging. They said that they would survive, while the fate of Europe was unknown. Moreover, there were calls in the Islamic republic to counter the sanctions with oil embargo in the EU countries. Iran was optimistic because over the long history of sanctions (the first such measure was applied by the British authorities in the 1950s) taught Iranians not to keep all their eggs in one basket. By the time Brussels announced the sanctions, China alone bought nearly as much Iranian oil as the entire European Union, and was not going to abandon it.

Nevertheless, the sanctions have dealt a serious blow to the Iranian oil exports. If in January of 2012 in terms of oil production the country ranked second among OPEC members, now it has dropped to the sixth place. Regaining the leadership position will not be easy, because during the absence of Tehran in the European and some other markets the competition has taken its place. Iraq, for example, was able to increase its share in OPEC from 9 to 10 percent, and, according to Reuters, Baghdad is ready to offer former Iranian consumers delay on payment for oil supplies to keep their business. The same segment is targeted by other oil producers like Libya, threatening to increase the supply of hydrocarbons any day.

The situation is complicated by the fact that during the period of sanctions and forced suspension of oil production, the equipment and associated infrastructure began to decay. This, according to the estimates of the Ministry of Petroleum of Iran, would require about $150 billion over five years. According to the International Energy Agency, the country is now unable to endure such expenses and will have to rely on third-party assistance.

But Tehran is in a feisty mood. The authorities are confident that they will be able to dramatically increase oil production and not only reach the previous volume, but increase it up to four million barrels per day from the current 1.2 - 2.2 million barrels. Iranian Oil Minister Bijan Zanganeh even said in early December of last year that the country would not abandon its plans even if the price of oil falls to $20 per barrel.

This aggressive stance of Iranian oil made some experts and analysts hope for the reduction, or at least fixing the oil prices at current levels. Finmarket IA, for example, published a compilation of materials from the German press about upcoming cheaper hydrocarbons and their products. In particular, industry analyst at the German News Agency Oil Market Report Helmut Buchman predicted a drop in prices by 15 percent.

Indeed, immediately after the lifting of sanctions on the background of the information that the oceans are filled with giant tankers that will start shipping their multibillion load to shore (Die Welt), in February the crude futures quotes have somewhat dropped. However, some believe that there will be nothing more than these minor fluctuations.

"Due to the fact that Iran is a member of OPEC, it has certain obligations in terms of the volume, that is, it cannot independently determine the level of oil production and exports," explained the chief editor of Issues of National Strategy political scientist Azhdar Kurtov. "The resumption of Iran's oil exports to a number of former consumers may lead to certain price fluctuations, but will not lead to any tragic scenarios described by individual experts. There will be no instant fall in oil prices because of the rules of the market economy and the norms of the organization of petroleum Exporting Countries."

Dmitry Verkhoturov, a writer, orientalist, agreed with this point of view:
"Global average price of oil is formed not on the basis of one oil-producing country, even a large one, but on the basis of cumulative major manufacturers, therefore there will be no significant changes. The introduction of sanctions did not affect the growth in oil prices that significantly, which means that it would be odd to expect a serious drop. "

In the end, despite the passionate statement by the Minister Zanganeh, Iran is not interested in a sharp decrease of oil prices. Tehran would not benefit from a conflict with its powerful colleagues from the OPEC, who would not be happy about the reduction in the price of their product.

An increase in Iranian oil exports will cause trouble neither for Russian oil producers nor the budget of Russia. Moreover, Russia could benefit from it by taking part in the operations of the Iranian oilfields. An agreement to this effect may be reached during a visit of Russian Economic Development Minister Alexei Ulyukayev to the Islamic republic scheduled for late March.

Presumably, Moscow will offer Tehran reconstruction of Iranian railways in exchange for access to the oil fields. They produce the so-called "light" oil that is in high demand as opposed to the "heavy" one saturated with sulfur compounds available at the majority of Russian deposits. Access to Iranian developments will allow Russia increase its own exports, but this would be difficult.

"Our countries have been attempting such cooperation, but as far as I know, no major projects happened due to a number of political, economic and other reasons," said Dmitry Verkhoturov. "In addition, the political climate is not conducive to long-term investment. Despite the fact that now there is a definite tendency for the United States and Iran to reach an agreement, this could change at any moment. "

This means that Iran and countries collaborating with it may at any time be under fire of sanctions again, which seriously limits the activity of private companies:

"Large organizations able to develop such major projects, such as "Lukoil," do their business not only in Russia but also in other countries, including the U.S.," commented Azhdar Kurtov. "Consequently, they are forced to act with caution, weighing their actions and comparing them with the steps that can be taken against them, like in the case with the United States. Most likely, Russian companies will try to wait until sanctions are lifted completely, that is, they will make sure that nothing will threaten their business in Iran, Europe or in any other part of the world."

Indeed, as soon as Reuters published information about the upcoming Moscow and Tehran transaction in mid-January, press secretary of Barack Obama, Jay Carney, has threatened that such arrangements may trigger U.S. sanctions against organizations and individuals involved in any such transactions. However, if our sworn partners "expressed concern" with Russia's actions it means that Russia is on the right track.