Investors wait for Russia to get stronger

Investments that had been pouring into the developing economies for years have changed their direction towards the developed countries. Russia is experiencing lack of investments. Anton Soroko, an analyst of Finam investment holding spoke in a live broadcast of Pravda.Ru about things that scare investors in Russia and how the situation may change in the coming decades. 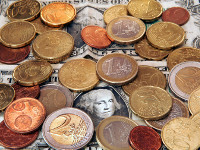 Anton, what is the current level of investment attractiveness of the Russian Federation?

"Probably we can not say that Russia is one of the most attractive countries in the world for investment. In recent years, especially after 2008, a new trend of flow of capital has been seen that at one time was moving from the developed countries of Europe and the United States to developing countries. There, respectively, it was a driver of the development. Now this is not the case. We see the same declining stocks. They can be considered as indicators of the interest of foreign investors in the national economy. Not only in Russia, but also in China and Brazil and other developing countries.

Also recently we have been observing a tendency towards reduction of the national currencies. The Ruble has renewed its highs in relation to the bi-currency basket. The euro and the dollar are at their peak. The same thing is happening with the Argentine peso, the Turkish lira, the Brazilian real and a number of other currencies. That means that we cannot argue that developing countries are of interest to investors.

Indeed, capital flows back into the United States. Particularly against the background of reducing the quantitative easing program, which is why the rates on debt instruments in the United States are increasing. They again become attractive for large capital. On the whole, perhaps, we can say that Russia is no better and no worse than other similar economic structures. Most often, perhaps, Russia is compared with Brazil and Turkey. It is difficult to compare it to China, for example, because of the different growth rates and different size and structure of the economy. But if we compare it with the countries I have mentioned, we are probably somewhere on the same level now."

Recently Russia made the list of top three countries in terms of direct investments into the country in 2013. What do you think is the reason for it? The U.S. was in the first place, followed by China, and Russia came third. How did Russia manage to catch up with these powerful economies?

Generally, the rate of direct investment is quite complicated to understand and analyze. If we are talking about 2013, the deal of acquisition of TNK BP by Rosneft closed in 2013 made a big impact. Quite large amounts of capital were circulating within it, there was also an exchange of assets. I think it had quite a strong positive influence on the volume of direct investments in Russia. Next year, if there are no mergers and acquisitions of such volume, Russia is likely to be slightly lower in this ranking."

By how much approximately? At what level?

"It is hard to say. We'll see. 2014, shall we say, is off to a fun and exciting start (forgive me this wording). But there are truly plenty of events. January was a very happening month, and anything is possible. Many interesting events may occur in the corporate sector in particular."

We are heading towards innovative development. How can we attract investors to the Russian industry?

"We probably need a comprehensive approach here. What mostly drives investors away from Russia? These are high administrative barriers, long delays in obtaining a large number of required documents, the bureaucracy. That is, these are not tax or fiscal problems. Taxes generally are not very high in Russia in this respect, they cannot be a barrier to investment. Rather, administrative barriers, and, of course, country risk, i.e., there are very few long-term investments in Russia."

Why is that? This is interesting!

"Our market economy has been developing only for 20 years. Numerous advances have been given to Russia in 2000s when investments were coming in very fast, in large volumes, almost in all sectors of the economy. Naturally, I am talking about foreign investors because local Russian investors are too small. Going back to what I was saying earlier, in 2008 there was a structural change. Some advances were likely given to Russia because of the changes in the structure of the Russian economy, a decline in oil and gas sectors, a decrease of the share of government-owned enterprises, and reduction in government participation in non-government ones. But we can see that after all, these expectations were not met, and now investors expect some strong, concrete steps that will show a rapid liberalization and reduction of administrative barriers."

Are there any new methods to attract foreign investments used in Russia?

"Special economic zones are not a bad way to attract investors. They now pop up in different Russian regions. These are not five year projects, these are 20 or even 50 year projects, and there are frequent questions whether they brought any benefits to Russia's economy. I always say that they were launched just a few years ago, they are not filled with investors, and investors have long-term projects that still require return on investment, we cannot say that these projects have failed. Some make such hasty conclusions. This is an interesting option to attract, especially in the regions that are geographically interesting. In Kaliningrad, as I recall, a special economic zone is scheduled to open, also in the Far East, in the south, in the Urals, precisely those places where it makes sense geographically to create exactly this type of special economic zones. We shall see. Perhaps in five or seven years we would be able to assess this method of attracting investment and creating economic growth.