Young digital currency Bitcoin has been gaining popularity rapidly. It is believed that it may even make the US dollar move over as time goes by. However, there is one embarrassing detail: the currency circulates on condition of anonymity, which means that it can be used for criminal purposes. Bitcoin is used in transaction of drug traffickers, casino owners and killers. 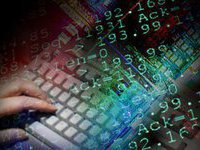 The popularity of the digital crypto-currency Bitcoin grows every day, along with its price. At the moment, the new currency has managed to establish itself as the most valuable currency in the world. The cost of one Bitcoin reached $700 in November, taking into consideration the fact that it cost only $13 dollars a year ago. Such a sharp rise occurred after many Americans rushed to the shadow network segment following scandalous revelations from Edward Snowden. As a result, Internet browser Tor that uses only encrypted data channels to confuse user's tracks on multiple proxy servers gained incomparable popularity. It is in the Tor network, where the crypto-currency circulates.

It just so happens that the formerly toy currency, like the ones used by gamers, has evolved into a formidable financial tool with the help of the American authorities. Probably, the level of surveillance and control over ordinary citizens is not so high in fact, but the strong stereotype pushes people towards "shadow." Moreover, the number of Bitcoins is strictly limited. Therefore, the growing demand on them will inevitably lead to the growth of their price.

It is generally believed that the primary disadvantage of a virtual currency is a possibility to use it freely in illegal transactions. This relates to drug trafficking, first and foremost. For example, there used to be a website called "Silk Road." The site became a platform for drug sales, on which any user could convert their dollars in Bitcoins and buy banned substances on the website for them. Shipping was conducted through common mail services.

The owner of the site, aka Dread Pirate Roberts could not be caught for a very long time, but the man was eventually arrested; the site was closed. However, one must understand that "Silk Road" was not a unique website, it certainly has followers. Indeed, in November, another website appeared - Assassination Market - the owner of which is hiding behind the false name of Kuwabatake Sanjuro. This man has gone a lot farther: he offers Internet users to pool some money, Bitcoins, to assassinate prominent politicians and public figures. As conceived by the owner, the total amount collected on the site for the "head" of a politician will be made available to the person, who commits the act of real homicide.

Sanjuro gives anonymous interviews, in which he says that he follows the ideas of anarchy and Jim Bell's "Assassination Politics." Bell said that the creation of such websites would allow to eliminate any political leader at any time. In this connection, politicians would think twice before doing something wrongful. It should be noted that there are serious gaps in Bell's logic that make this teaching not only criminal, but also stupid. First off, what makes him believe that an impressive fee can make the task to eliminate a politician a simple and easy one.

Many, if not all, prominent politicians use professional high-class security services because their lives are always in danger. Secondly, why does this "thinker" believe that this plan would be the epitome of democracy? Even if we ignore moral aspects, this concept does not hold water.

However, as it usually happens, even the most insane idea has its followers, and Assassination Market's virtual accounts began to accumulate fairly large amounts denominated in Bitcoins.

For reference, the Bitcoin payment system was invented by someone known as Satoshi Nakamoto. Subsequently, he went out of media sight (he could change his pseudonym too), but the currency remained and continued its development. It is often referred to as an electronic analogue of gold. Bitcoins are produced through a special algorithm that operates on certain computing power. Contrary to popular beliefs, one can not make a simple emission of Bitcoins. According to the Bitcoin algorithm, the bigger the amount of Bitcoins in circulation is, the smaller amounts of them will be produced. To put it in a nutshell, their emission decreases with time. Each Bitcoin has a unique code that can not be forged - the payment system simply does not recognize fake.

Law enforcement agencies all over the world are concerned about the appearance of crypto-currencies as they do not depend on banks. Such currencies appear spontaneously from below, challenging the entire financial system. They usually put forward two arguments against electronic money. First - this kind of money is not secured with gold and currency reserves. However, can U.S. gold reserves be compared to the volume of printed dollars? What would be the real exchange rate of the currency once it is calculated per unit of each dollar of gold in the U.S. Treasury? By and large, money is just a sign adopted as an equivalent of material well-being. Anything can serve as money - gold colored stones, pieces of paper, etc.

Secondly, as we have already mentioned above, Bitcoins are used in criminal transactions. It is extremely hard to detect such people as Dread Pirate Roberts.

"Crypto-currencies, the most famous of which is the Bitcoin, are anonymous per se. Indeed, they resemble cash and remain anonymous as long as you are anonymous. If you make transactions only with the use of crypto-currencies and do not disclose your identity to counterparty, law enforcers can not do anything at all.

"If you go to a bank, for example, and try to convert your crypto-currency into dollars, you lose your anonymity, and the bank becomes informed of the entire chain of your monetary transactions. There are services for crypto-currency laundering - they are cheap and reliable and represent low-cost automated websites. You can transfer your electronic money to this website, and the service will wire the e-money in small installments through a thousand of various electronic wallets and return the money to the user, to their another wallet that is not related to drugs or murders.

"The only known case, when a user of crypto-currency lost his anonymity, even though he wanted to remain anonymous, was the arrest of the owner of "Silkroad". Nobody knows how he was detected. Most likely, he was just a fool - who gave interviews and boasted about his achievements in bars. He could also use someone in his scheme who could betray him. That was the only case. As for everything else, crypto-currencies are completely anonymous - more anonymous than cash.

"As for ways to combat this phenomenon, one can launch an attack from another side - against the currency, rather than the user. To do this, one needs to buy a large percentage of Bitcoins and break the market with sharply fluctuating rates. Yet, this will not affect the people, who sold weed for 10 Bitcoins and bought a gun for that money. Incidentally, all Silkroad Bitcoins now belong to the FBI, which promises to destroy them.

"In general, the crypto-currency has as many disadvantages as cash does. After all, cash in suitcases is used in criminal circles only. There are more advantages, though. For example, the government can print as many dollars as they like, but the emission of crypto-currency is known in advance and mathematically limited. In the next 50 years it will be impossible to create counterfeit crypto-currencies. One should also mention that if someone steals cash or funds from your bank account, it can be somehow traced. If crypto-currency is stolen, nothing can be done to trace it.

"As for the story with Assassination Market, it became a great tool to artificially raise the rate of Bitcoin. The politician, whose removal was priced at $80,000, was supposed to make a speech on the subject of crypto-currencies before the Congress. That day, Bitcoin became the most popular search entry in the United States."

What about Russia? Do we have Bitcoins in Russia? If yes, does it mean that the criminal world in the country is prospering? An analyst at Finam Investment Holding, Anton Soroko, answered these questions for us.

"Most likely, we do not have a special department in Russia that would struggle specifically against crypto-currencies. Abroad, these currencies are indeed used to make anonymous transactions that may stand for the activities of illegal casinos, drug trafficking and other shady business. However, I must say that regulators have already paid attention to this currency. Many reputable companies are willing to accept it for payment.

"For example, the owner of the company engaged in space tourism said that he was ready to accept Bitcoins. E-bay also plans to accept the currency. In Russia, however, electronic money does not enjoy wide circulation yet. For the time being, it is traded on electronic exchanges and trading platforms. Bitcoin is popular only on the level of professional traders as an interesting investment product."

Given the peculiarity of distribution of drugs in Russia, mainly through Tajik couriers and Gypsies, it is hard to imagine that high technologies or crypto-currencies can be used in the field in the foreseeable future.

To crown it all, crime has always existed, and it is strange to assume that the appearance of a crypto-currency can trigger a significant rise in the number of crimes. Its main advantage is strictly limited emission and reliable protection against counterfeiting. Crypto-currencies look like a decent alternative that is capable of improving global economy in the future.