WTO gets Russia into European trouble 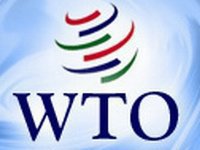 In one week, Russia will face a trial with the EU under the WTO. The sticking point remains to be the utilization tax for automakers. However, experts suggest that in the WTO court a broader discussion of the rights of the parties in the area of anti-dumping measures may ensue. Pravda.Ru learned from experts what can be expected from the upcoming litigation.

In early October of 2013 a bill that requires not only foreign but also Russian automakers to pay utilization tax was adopted in the first reading. The second and third readings of the document will be held within two weeks. Thus, Russia is making concessions to the EU and is preparing to equate the rights of Russian and foreign automakers. It would seem that the bone of contention between Russia and the other members of the WTO is safely disappearing into oblivion, and the EU could well reconsider its intention to file a lawsuit against Russia. However, the EU has new suspicions.

The EU wants to make sure that the utilization tax will extend to the importers of the Customs Union. An ad hoc expert group of selected representatives of the European Union will be working to understand whether the Russian utilization tax is conformant with WTO rules. The results will be known in the course of the trial on October 22. However, Russia may use its veto power and stop the process that is going to be extremely interesting and predetermine further alignment of the positions of the participating WTO countries. Pravda.Ru tried to figure out what are Russia's chances to leave the court if not as the winner then at least not the losing party.

"As far as I know, we are not talking about the tax, but the difference in the charges for domestic producers and foreign producers. The second issue is the amount of the utilization tax that in the opinion of the European Union lawyers is a real barrier to the car import. If we extrapolate the current situation in the future and consider the possible outcomes of the trial, it seems to me that Russia is much less likely to win than the EU, including for politically motivated reasons," said head of the Center for German Studies with the Institute of Europe Vladislav Belov. "Let's just say that the EU considers Russia to be a "country that violates democratic rights," and so on. I suspect that even in an independent court in Brussels (or wherever the trial will take place), the European Union has a good chance to win. Russia will respond with complaints in the segments of the market that affect Russian exporters. This, at minimum, is metal products, textiles, and other segments of the market."

According to experts, Russia has been informed in advance that its membership in the WTO will begin with trials. The main trouble is that Russia has very few lawyers with the necessary training, with the experience of litigation in international courts. For example, China has approached the issue of accession to the WTO more responsibly, and has 6,000 trained lawyers.

During China's tenure in the WTO the number of these professionals has increased. "We joined the WTO virtually with no "safety cushion" represented by trained professionals who are ready to defend the interests of Russia and the companies that affect certain restrictions outside the Russian Federation," concluded Belov who believes that the main initiators of the upcoming trial were German automakers that are major suppliers of automotive products to Russia.

Generally the experts expressed their absolute agreement with the claims brought against Russia. "Initially, the EU claims were substantiated, and they still remain so because the mechanisms of the charging the utilization tax for Russian producers and  importers are still different," explained Professor of the High School of Economics, leading research fellow with the Russian Academy of Sciences Alexei Portansky. "There are quite important nuances, including related to the volume of the engine and so on. Therefore, claims remain, and the EU has already formulated its conditions under which it would withdraw its claim in the dispute resolution body. We learned about these conditions just yesterday and likely are not ready to meet them. So far, everything will remain the same and nothing will change."

The EU requirements are as follows: Russia should reduce the overall rates for all vehicles, reduce the difference between interest rates on new and used cars (the age of the car is not related to the cost of its utilization), lower the rates for trucks, as well as stop basing the calculation on the volume of the engine, as this approach is not objective.

In other words, the European Union has enough claims on the utilization tax. The experts believe that this time the Russian government is unlikely to get away with it, as well as to defend its interests. Since the tax is only a starting point on Russia's path to a full membership in the WTO, the authorities should take care of reliable defense in the face of highly qualified lawyers who could serve in the international courts on an equal footing with foreign counterparts.