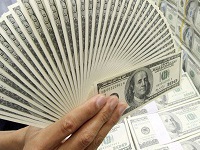 Foreign investment is both a boon and curse for developing countries. On the one hand, it offers significant benefits such as easing balance of payments problems, creating employment, supplying badly needed hard currencies for imports and lastly, bringing the latest technology inputs and scientific know-how into impoverished economies.

On the other hand, it can create serious problems, too, when it is channeled into unproductive sectors of the economy such as the stock market and real estate.

Foreign investment is not a valid mantra for genuine and rapid economic growth; it can make domestic capital redundant thereby reducing the motivation to save. Inevitably, foreign investment leads to a situation of a glut of excess capital and, therefore, interest rates fall. As there is a mad rush to borrow and spend, inflation ensues and mountains of consumer debt are created.

This is particularly true of contemporary India where finance companies are offering cheap loans on easy terms (often without any collateral) thereby creating an unhealthy situation of unpaid consumer debt.

All the dollar, sterling and euro reserves would have to be liquidated to pay off foreign investors who would surrender their own holdings of domestic currencies in exchange. Therefore, foreign investment is akin to the sword of Damocles hanging over impoverished countries.

It should be borne in mind that ultimately all foreign investment has to be repatriated (apart from colonized countries) sooner or later along with the profits made in developing countries. To meet that contingency, every developing country has to keep or borrow sufficient reserves of foreign hard currencies to meet periodic or final claim settlements lodged by foreign investors.

Foreign investment only leads to short term capital gains. That, too, has to be repatriated in the long run. With trading, there are real gains of capital and capital earned so remains in the domestic economy.

Moreover, under conditions where foreign investment is allowed, developing countries have to cope with the inflow of 'hot' money or capital of suspicious origin that finds its way into unproductive uses. Hot money and high-risk venture capital, both of which are associated with quick and outstanding profits, can cause severe dislocations in the developing country economies.

Foreign investment can lead to a significant loss of sovereignty in developing countries as foreign investors gain control of key and strategic industries that are vital to the host countries' very survival. This phenomenon can result in severe turmoil as hostile foreign investors dictate national economic policy.

It is no secret that socialist countries do not welcome foreign investment as they fear the associated interference in internal affairs. To give an example, India under Prime Minister Gandhi, was determined to eliminate its dependence on foreign investment and it did nearly succeed in paying all of the country's foreign investors.

The stress in India's case was on restoring and retaining the country's national integrity and sovereignty. Today, on the other hand, we have a situation of a fallen socialist power such as Russia openly inviting foreign investment even in key areas of its economy such as oil and gas and that, too, from its erstwhile foe - the United States.

Developing countries have no real defense against foreign investment because their own currencies are hopelessly undervalued vis a vis the dollar, pound, euro and other hard currencies under the open market regime. This means that if a poor African or Asian country allowed blanket foreign investment into its economy, any western country such as America could buy the entire country with just a few trillion dollars!

Simply stated, foreign investment could cause untold damage to a developing country's economy and polity unless stringent rules are formulated to regulate, control and monitor the inflow of foreign money and channel it into productive sectors of the economy.

Foreign investment has been touted as a sure remedy for poor countries primarily by the western nations because the latter have huge reserves of unused capital and equally massive inventories of unsold goods. These countries need a way to make profits from the high interest rates prevailing in the poor countries and find markets for their goods and services that they no longer need themselves.

A country such as India does not need foreign investment because it has its own holdings of net savings and capital reserves. This fact explains why globalization and the gradual easing of capital controls is wreaking havoc on domestic Indian savers since interest rates have fallen to pitiful levels.

Foreign investment can be a boon in conditions of absolute destruction and deprivation as had occurred in Germany and France after WWII and in sub-Saharan nations more recently. The Marshall Plan, funded by the United States, injected billions of dollars into European economies thereby reviving and rejuvenating them much as the World Bank has been trying to do in sub-Saharan Africa albeit on a lesser scale.

Without sufficient capital, no country can undertake the arduous task of economic development and foreign investment is badly needed in such an environment.

However, many developing countries that have achieved a modicum of prosperity have opened their doors to foreign investment as a way to appease the strong and wealthy nations who have surplus capital. These poor countries have not been able to withstand the pressure tactics and strong-arm methods used by wealthy nations to open the former's markets and economies.

Very few benefits can accrue to these developing countries and they run the risk of being destabilized by inflows of foreign investment capital. Malaysia, under Dr. Mohammad Mahathir, after a disastrous flirtation with open markets and free movements of capital, managed to close its doors just in time to salvage the country's prosperity from the clutches of hostile foreign investors.

True and authentic economic development can be initiated by developing countries when they generate their own capital reserves to finance ambitious schemes of economic advancement and social uplift. This happened in the People's Republic of China and the Soviet Union where forced savings were made to finance investments in key sectors of their economies such as defense, steel and oil. However, the resultant austerity imposed on their peoples came if for severe criticism from the West.

India, to a large extent, managed to finance its economic development by its own domestic savings. It is contemporary India that has opened its doors to foreign investment to finance rapid economic growth thereby leaving thousands of domestic savers in the lurch.

If the present trend of foreign investment and indebtedness continues in the Third World, then testing times lie ahead for the developing countries more so now than ever before since most of them are meekly giving their assent to the WTO covenant.

NOTE: The author has studied economic & social development and public administration at the University of Pittsburgh. He can be reached at [email protected]