Dollar era drawing to its end

At the G-20 summit in St. Petersburg the discussion of U.S. aggression against Syria overshadowed the economic issues. Meanwhile, there have been certain developments in this area that are crucial for the future of the global economy. The first steps were made to rid the banking and financial system of the dictatorship of the U.S. dollar as the world reserve currency. 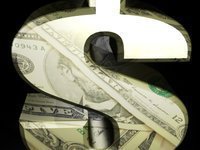 U.S. power is determined by two components: the dollar as the world reserve currency and the army. When the U.S. dollar becomes weaker, the army starts acting, arranging demonstrations and beneficial in the long run aggressions "oil in exchange for democracy." There are many examples of this, especially after the collapse of the great Soviet Union, when the United States began organizing local wars and conflicts nearly every year. Syria is a good example: Obama spoke of an armed strike after he became aware of the official debt of 17 trillion dollars, and according to unofficial estimates of Californian scientists this number is much larger.

A great invention of the financiers Rothschild and Rockefeller - the U.S. Federal Reserve System (FRS) is a private company that since 1943 (adoption of the Bretton Woods system, the replacement of gold with the dollar as a reserve currency) has been dictating to the world how to live, and where and how to spend money. All international transactions are made in dollars, and the emission of national currencies is firmly tied to the amount of dollars that sovereign central banks formally purchase from the Federal Reserve. It is clear that under such circumstances it is not difficult to determine how to develop a particular economy, of course, in the interests of the United States. With this in mind, it is easy to understand the reasons behind Russia's inability to get out of the role of the world colonial raw materials appendage that is unusual for it, in spite of all the declarations and appeals of the President of the Russian Federation Vladimir Putin.

All known attempts to get rid of the dollar leash have failed. The failed attempts included the intentions of Iran to abandon the dollar in payments for export crude oil and the organization of Petroleum Exchange in St. Petersburg designed exclusively to trade oil in rubles. The U.S. is rigidly and rigorously guarding its dollar monopoly, believing that it is better than any threats and ideology for keeping the entire world under control.

In St. Petersburg, Russia signed a series of agreements that undermine this monopoly. On the first day of the summit, Gazprom and the Chinese state oil company signed an agreement on the basic conditions of supply of gas and oil and gas development in Russia. It is imperative that the currency of the agreement is the yuan or ruble, and the price of the supplied hydrocarbons will be determined on a bilateral basis without a reference to the Anglo-Saxon index Henry Hub determined on the London Stock Exchange. This guarantees that speculative impact on the Russian economy due, for example, to shale gas supplies, will be minimized.

Another unprecedented step towards getting rid of the monopoly of the dollar is the creation of a stabilization fund of the BRICS countries and the Development Bank. Its goal, as stated by the President of the Russian Federation, is to contribute to the improvement of the financial markets after the U.S. ends the policy of quantitative stimulation. This was a diplomatic statement, but its meaning translated into vernacular formula would sound something like "get lost with your dollar."

The initiative would create a full-fledged monetary union. The BRICS sovereign fund along with the Bank may lend money to the countries participating in the fund without the consent of the Federal Reserve. The residents of these countries represent 44 percent of the world's population. The Bank will have the opportunity to buy securities of the Fund as well as debt securities of the participating countries. This means a sovereign issue according to the rules of today's financial market, bypassing the Federal Reserve System. In times of an acute economic crisis launched by the U.S., the fund may take over the function of the new financial center of the world, reducing the role of the compromised dollar to zero.

President Putin has consolidated BRICS countries around Russia in order to create sovereign issue tools in addition to the Federal Reserve that did not exist since the time of the Soviet Union. These are the outlines of a future world order where there will be no place for the greedy hegemony of the U.S. and its Anglo-Saxon satellites. The U.S. authorities are unable to prevent such a development. In terms of military potential BRICS countries are as strong as the U.S. and NATO, even if we assume that they will choose a suicidal nuclear mission.