Why does USA need panic on gold market?

Why investors are sometimes misled? Perhaps, the goal is to further scare and disorient the investment funds and individuals so that they quickly get rid of their gold (and earlier - silver) because the gold has allegedly lost its former appeal and reliability, and stock quotes have sharply declined. 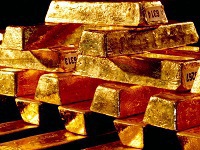 Likely, someone needed them to fall. Where else if not at the George Soros exchange various currency speculators can earn their billions of dollars? If so, this goal was achieved by someone. At the time when newspapers exorbitantly inflated information on the readiness of Cyprus to sell a small amount of gold to pay off the debt (total of 10.36 tons of the precious metal), a few hundred tons of gold metal that someone quietly purchased were sold on exchanges in Asia, Europe and America in the middle of April of this year.

It is noteworthy that Cyprus has never sold its gold. Therefore, information about its willingness to sell several tons of the precious metal could not affect the fall in gold prices in the world markets to this extent. In fact, it was very profitable for someone else to spread rumors about the upcoming fall in the gold price, and then wreak havoc about a collapse in the price of the precious metal. Such information was taken as a signal: "Get it! The prices have dropped!"

Greedy private investors almost immediately created high demand for physical gold that speculators bought on the cheap a few days or even hours earlier. All the gold that dealers and jewelry stores had was immediately snapped up by retail investors and hoarders. For example, sales of small bars of gold (up to 1 kilogram) and gold coins in India reached 4 tons of the precious metal per day.

In China, in the second half of April of 2013, housewives bought approximately 300 tons of golden jewelry. The U.S. Mint only in April of 2013 sold 209,500 ounces of American Eagle gold coins. This means that over a year the sale of gold coins increased 10.5 times.

The "ordinary billionaires" on the stock exchange were not alone. Rather, the operation to overthrow the gold from its pedestal was conducted by forces more powerful than a group of the most prominent speculators. World central banks were not sitting on the sidelines over the last few months either. Moreover, many of them replenished their reserves. According to the World Gold Council, in 2012, central banks purchased 534.6 metric tons of gold.

GFMS consulting agency believes that during the first months of 2013 net purchases of gold by central banks could reach 280 tons. Incidentally, a few years ago a saying emerged: "When America sneezes, Europe (as an option - Asia) gets a cold." There is nothing surprising here because the economies of the leading countries of the world are closely linked. However, the years have passed, and the world economy is now tied to the production and consumption of natural resources and is increasingly more dependent on the dynamics of growth of China's GDP.

So much for the modern neo-globalism - one lives in the U.S., works for the good of the U.S., but, nevertheless, one constantly look back at China to see whether it is stepping on one's heels. The U.S. authorities have to constantly think how to break away from China. After all, the Chinese industry is hampering not only the export of goods from the United States, but also sales of U.S. goods within the United States. The U.S. authorities had to carefully design and successfully implement the resuscitation of the "dollar economy." The most important thing was a secret reorganization of the entire U.S. financial system. Unfortunately, getting rid of China was not easy.

Its economy has made another round on an upward spiral. At the same time, it should be noted that China's economy has been gradually inflated like a balloon. As soon as it slightly deflated, albeit not panic, but already a serious decline in some sectors of the world and the U.S economy has started. It would seem that the fall in raw materials and metals prices should have given a second wind to the U.S. industry, but it has not happened.

The fact that there was a fall in prices of raw materials and metals is likely to become a cornerstone in building a renewed U.S. financial system, based on a moderately strong, stable dollar. A little earlier there was a sharp drop in stock prices for silver, and now it is unlikely to ever be considered a full representative of the elite of precious metals. This turn of events became part of a master plan to improve the financial system of the United States.

Now nothing, neither gold, nor, especially, silver should distract the U.S. stock markets, U.S. investment and pension funds. Most importantly, it should not distract U.S. corporations from their main task of a significant expansion of the U.S. production and ensuring that the U.S. population is provided with American goods, as well as a significant increase in exports of goods produced in the United States.

The activities carried out in the United States assume that in the summer the U.S. financial authorities would start reducing their program of stimulating the economy, known as quantitative easing (QE) and are going to complete its implementation by the end of 2013.