Russian business to turn to Luxembourg instead of Cyprus? 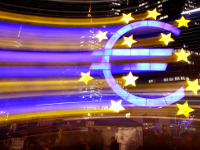 The debt crisis in Europe has hit big business hard, and Russian business was no exception. Problems with Cypriot banks raised many questions about the appropriateness of keeping money in the Cypriot offshore. Some businessmen began to seriously consider Luxembourg as an economic partner.

Luxembourg intends to serve as a platform for the Russian capital in Europe, Minister for Economy and Foreign Trade of Luxembourg, Etienne Schneider stated.

"To develop serious business contacts and create new joint projects, we need to look ahead and prepare professionals who are familiar with economic realities of our countries," said Schneider. Luxembourg offered Russian universities to conduct training of Russian students in the universities of the Grand Duchy. "The development of personal contacts between young people of our countries is the best way to create a framework for future partnership," he said. "We already have extensive business ties, but their potential is not fully realized," said Schneider. To expand business contacts, according to Schneider, Russia and Luxembourg must introduce direct flights.

It should be noted that Luxembourg is a state that ranks third on the total volume of investment in the Russian economy. Luxembourg has invested 28 billion euros in Russian projects, while Russia's investment in the economy of the Duchy makes up only 4.4 billion euros. Luxembourg enjoys great popularity among wealthy Russian, Kazakh and Ukrainian businessmen. Many local businesses that register businesses opened departments that serve only clients from the countries of the former USSR.

Schneider's statement was voiced against the background of the crisis of the Cypriot banking sector, where Russian investors were holders of accounts. The Cypriot government was forced to accept the conditions of the EU and started to restructure the banking sector. This will enable them to obtain financial assistance from the EU to save the island nation. Under the terms of EU lenders, investors of Laiki Bank and the Bank of Cyprus will lose much of their funds. The Russian authorities expressed serious concerns about such measures, which affected Russian business. Entrepreneurs are forced to transfer their money to other offshore zones, such as Luxembourg.

Luxembourg is an offshore zone in the first place. The transition of financial activities of Russian companies under the jurisdiction of Luxembourg authorities will increase the risk for "the Cypriot script" to reoccur. In Luxembourg, the strongest link in the economy is the banking sector, and the maximum volume of Russian investments falls on the banking sector. But the banking crisis in Cyprus made Russian business think about the feasibility of using offshore zones. Businessmen do not want to lose their money again, so in the near future one should not expect large cash flows in the direction of Luxembourg. Russian business is being very precautious about offshore zones now.

Russian authorities want to return the money back into the country

The Russian government develops options to attract capital from offshore zones back to Russia. One of the options was the establishment of internal offshore zones in the Russian Federation. The zone may appear in the Far East, on the base of the International Investment Bank. Financial analysts say that big business is moving away from offshore companies and increases the transparency of its financial flows. Therefore, for Russian authorities it is now the main goal is the improvement of investment climate inside the country.

Some steps have already been made in this direction. In late April, Russian authorities proposed to consider the possibility of holding tax amnesty in the country that would allow businesses to return their capitals to Russia from abroad without any penalties or the need to explain the origin of money. The statement was made against the background of the economic crisis and the ongoing outflow of funds from the country. The proposal to hold tax amnesty in the country was announced by Gherman Gref, the chairman of Sberbank of Russia. The offer was about the funds that had been taken abroad and are currently kept in offshore zones.

Igor Shuvalov, First Deputy Prime Minister, backed the proposal. According to him, authorities are willing to discuss details of the amnesty if banks make such a proposal. He also said that such steps were made, but they returned no results. However, he added, many countries have held tax amnesties repeatedly and their efforts were eventually rewarded.

The format of tax amnesty was not specified. The term itself suggests that citizens will be able to declare their available money without explaining the source of its origin. As a rule, citizens are obliged to pay income tax on these funds, and the funds can then be legally used in economy. In Russia, tax amnesty was held in 2007, but the target was the funds kept inside the country. Back then, the amnesty was recognized unsuccessful, as small amounts of "amnestied" funds were collected.

During three months of the current year, there were 25 billion dollars wired from Russia. This amount accounted for almost one-third of last year's outflow of capital. In such circumstances, the Russian economy needs money. Russian authorities plan to conduct a large-scale program to return money to the country. It goes about measures to get rid of offshore factors in the domestic economy. The plan stipulates for the improvement of judicial system, the liberalization of corporate law, the strengthening of the rights for the protection of inheritance, tax measures and the prohibition to privatize state assets through foreign exchanges.

Many officials and businessmen expressed doubts about the positive outcome of tax amnesty. Finance Minister Anton Siluanov said that he doubted the effectiveness of the financial amnesty in terms of the return of the funds to the country from the area of preferential tax jurisdictions.

Natalia Volchkova, a professor at the Russian School of Economics, believes that a certain amount of capital will return, but it will be quite an insignificant amount. Capital does not return from abroad due to the lack of projects that would ensure reasonable profit and non-interference of the state.

The absence of business climate in the country is a major reason why the money is flowing out rather than flowing in. In fact, the government must create conditions that would bring people profit from their investments in Russia. Experience in other countries shows that it is possible. For example, one needs to create an independent judicial system that would guarantee protection of deals. It is also necessary to revise the scope of responsibility of the Russian tax inspectorate, which, in addition to the collection of taxes, partly functions as a law enforcement agency. It does not allow private businesses to develop.

In general, the government should improve investment climate in the country, so that money would flow in Russia. Investing in European projects, Russian businessmen raise EU economies, to the detriment of the Russian economy. This is a serious problem that one needs to look into urgently.