Russia to create its own offshore zone

Since the time of the financial disaster in Cyprus, Russia has been cherishing the idea of creating its own offshore. It was previously suggested the special tax area should be created on the territory of Russia's Far East. A new idea has appeared now - to create an offshore zone on the base of the International Investment Bank (IIB). Many analysts were left perplexed with such a suggestion. 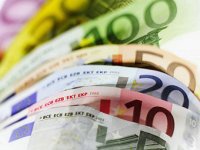 The International Investment Bank was created in 1970 to deepen and develop the cooperation between socialist states. Now it is offered to arrange an internal Russian offshore zone on the base of this bank, Finmarket reports with reference to an anonymous source in the Finance Ministry. The details of the project, which was announced by first vice Prime Minister Igor Shuvalov, remain unknown.

Meanwhile, it is the details that raise certain curiosity. Should the above information be true, Igor Shuvalov offers something that does not exist anywhere in the world. Offshores are not created on the base of certain banks. The Russian one, if ever materialized, will be the first one.

A number of publications say that such an idea could appear after Shuvalov's meeting with IIB's head Nikolai Kosov. He gave perfect recommendations to his bank and called it the only full-fledged international and many-sided institute of development in Moscow. He also said that the IIB was the only possible platform for the International Financial Center that is currently being built in the Russian capital.

Indeed, some say that the IIB has the qualities that can make the bank become a full-fledged offshore. The bank does not fall under the control of its member-countries - Russia, Bulgaria, Vietnam, Cuba, Mongolia, Romania, Slovakia and the Czech Republic. The bank is also relieved of tax payments, protected from court and administrative interference and uses a diplomatic status, Interfax reports.

"There is nothing like that in the world, when an offshore ozone is created on the base of a bank. It is very hard to imagine that technically, so most likely, it will not materialize. In addition, to organize an offshore zone in Russia, one needs to attract people to it first. Those who have their business arranged in other offshore zones, will not be interested in making any changes. Taking all of that to another offshore zone will take a lot of energy and money. It can also be dangerous to the funds that will be transferred. I do not think that Russia is capable of attracting investors to its offshore zones even if they are created. There is a country risk, there is a system in which everything is well established and signed, in which everything is known very well to all," Darya Pichugina, an analyst with Investcafe said.

"Most likely, such an offshore zone will not be popular. Country risks in the country are high, and even if foreign investors are interested in the Russian offshore, they will have a special attitude to it. In Russia, risks are higher than in other offshore zones, where everything is clear, they are even higher than in Cyprus. Foreign investors can hardly be interested in transferring their funds to Russia on account of these risks. Creating an offshore zone in Russia needs people and their money, first and foremost. Offshore zones need residents," Darya Pichugina said.