Does Russia violate WTO rules at all? 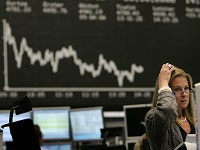 The Finns are upset with Russia because Russia allegedly violates WTO rules. Finnish forest companies can not start importing Russian softwood lumber as Russia defends the interests of its own producers bypassing WTO rules. The United States and the European Parliament accused Russia of the same a little bit earlier. Why doesn't Russia please major global players, and do they have any reasons to complain?

Finland can not import softwood lumber from Russia's Karelia republic. On August 22, 2012, Russia officially became the 156th member of the WTO. However, Finnish forest companies are still unable to establish the imports of softwood lumber. It was caused with Russia's decisions that complicated the adequate exports, reported Yle.fi.

According to the Association of Forestry, Russia banned the export of unprocessed softwood to the companies that had not paid their forest rent in full. There are many of such companies. Thus, as of February 2013, in Karelia, lumber companies owed more than 100 million rubles for the rent of the forest. This led to the fact that most of major forest owners were not included on the federal list of tenants of forest areas that were eligible to export round wood.

The second obstacle to import timber from Russia is the discrepancies between Russia and the EU. Russian and European officials can not clearly define categories of softwood. According to Jukka Halonen, the head of the Association for the Russian Timber Industry, Russia is trying to protect its own timber industry, violating WTO standards.

Russia's customs services in Karelia were one of the first to arrange documentation for softwood timber exported under single licenses that had been issued by the Ministry for Industry of the Russian Federation on the basis of quotas under the agreement, after Russia's entry into the WTO. Nowadays, five companies export timber under 26 licenses issued by the Ministry for Industry.

Many experts have long believed that the Karelia republic would benefit from joining the WTO. According to experts, in Karelia, there are no companies that will not be able to withstand WTO's "attacks". Moreover, the abolition of customs restrictions for the share of foreign capital will bring many foreign companies to the republic, particularly Finnish companies.

The sides try to find a way out of this situation. Moscow is concerned about the decline in trade between Finland and Russia. Russian President Vladimir Putin paid attention to that during his meeting with his Finnish counterpart.

Putin offered to consider options for increasing the commodity circulation between the two countries. "The trade between our countries has decreased by 12 percent. This needs to be addressed urgently," Putin said.

Finnish President Sauli Niinisto assured that he would do everything possible to ensure that Russia remains first on the list of Finland's trade partners. During the talks, the President of Finland unexpectedly spoke to Vladimir Putin in Russian, inviting him to visit Finland in summer. "I will surely come," Putin responded. Such a dialogue suggests that the timber problem will be resolved soon.

It is not only Finland that is upset with Russia. The U.S. is also there. Senior representatives of the U.S. administration complained in February of this year that Russia banned the imports of U.S. meat products. Washington accused Moscow of violating international obligations in the field of trade. This was particularly said by U.S. Trade Representative Ron Kirk and U.S. Secretary of Agriculture, Tom Vilsack.

Russia refused to purchase U.S. pork due to high levels of ractopamine muscle stimulator in meat products. As the head of Rospotrebnadzor Gennady Onishchenko said, the drug (muscle growth stimulator) that was found in American meat could be dangerous to the health of Russian consumers.

The United States, in turn, assured that its meat was produced in accordance with all international standards. U.S. officials demanded Russia should immediately lift the ban on the import of U.S. meat and accused the Russian Federation of violating WTO rules.

Russian experts differ in their opinions about the real dangers of ractopamine. "The Codex Alimentarius Commission considers ractopamine safe, but many members of the commission are against it," said Sergei Yushin, the head of the executive committee of the National Meat Association of Russia. According to him, the conclusions of Codex Alimentarius are purely advisory in nature. Therefore, it is up to every country to determine the safety of various substances.

Ractopamine can cause muscle tremor and tachycardia in people with heart diseases. Alexei Alexeyenko, a Rosselkhoznadzor representative, said that ractopamine shows a negative effect on metabolism and can be harmful to heart patients.

It just so happens that the United States delivers meat stuffed with stimulants to Russia and then accuses the latter of violating WTO rules. Who needs these rules when it comes to the health of Russians? It would be silly to accuse the authorities of the wish to protect Russian consumers from bad quality products. The U.S. has always been known for double standards.

Michael Korobeinikov, a professor of the Russian Academy of Sciences, believes that Russia does not violate WTO rules, because the organization does not follow super strict rules. Their bans are most commonly associated with the rules that violate the problems on the market, but there is no such contradiction here.

The professor said that the conflict between the U.S. and Russia is rather related to the problems of technological and biological character. "Every state has the right to protect its people from technological failures in the manufacture of food products. Meat with ractopamine is banned in many countries that are members of the WTO," he said on. That is why the U.S. should first understand the rules of the WTO, before blaming the Russian Federation of their violation.

Last December, the European Parliament, summing up the first year of Russia's WTO membership, accused the country of violating the principles of the organization. European MPs noted that Russia did not meet some of WTO's requirements when joining the organization. It all comes down to peculiarities of the Russian legislation, which, in particular, includes the preference to domestic producers in government procurement, seasonal duties on certain goods and others factors.

The European Parliament believes that the trade barriers have caused considerable damage to European exporters. They urge Russia to remove the barriers, reform customs procedures in accordance with European ones and simplify procurement, ensuring that European companies are given "free and equal" participation in such deals. They also expressed concerns over the manufacture of counterfeit products in Russia, and violations of intellectual property rights.

Russia may violate WTO rules just like any other country does, Deputy Prime Minister Arkady Dvorkovich believes. He said that attempts of the Russian authorities to protect the domestic market in certain sectors were not serious violations of WTO rules. He added that other countries take similar measures too, so Russia was no exception at this point.

"All members of the WTO violate the rules of the organization. This is normal practice. I believe that Russia does not violate more than other countries do," Dvorkovich said.

Earlier, Vladimir Putin said: "As a full member of the WTO, Russia will actively generate fair rules of international trade. We believe it is necessary to develop the standards that will let countries support separate and most vulnerable sectors of their economy." According to the President, such measures will help to get rid of the shortages of the legal base of the WTO and strengthen the value of the organization as a universal structure that is able to effectively solve problems of international trade.