Is South Stream too hard to handle for Gazprom?

The South Stream pipeline will be built via Bulgaria, ending in the north of Italy. The Russian gas giant has managed to obtain the consent of all the countries, through the territories of which the pipeline is going to be built. The construction may begin as early as in December of this year. Experts point out that the financial requirements of the project may undermine Gazprom's financial situation. 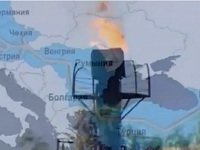 Bulgaria was the last to join the project. Last week, the head of Gazprom, Alexey Miller, and Bulgarian Energy Holding CEO, Michael Andonov, in the presence of Prime Minister Boyko Borisov, signed the final investment agreement. The document has approved the construction of the Bulgarian section of South Stream gas pipeline.

The route of the pipeline has thus been finalized. The output from the Black Sea is planned for Bulgaria, then it is Serbia that serves as a manager for former Yugoslav republics of Bosnia and Herzegovina and also Croatia, where auxiliary branches of the pipeline will be built. Next on the route are Hungary and Slovenia. Italy will be the end point.

Just a day before, Russia and Slovenia also arranged the final investment agreement. According to the head of Gazprom Alexey Miller, the volume of investment in the construction of the pipeline in Slovenia is estimated at $1 billion. It was earlier assumed that the final point of the South Stream project could be Austria. However, the pipeline will go through Italy, where it will reach the northern town of Tarvisio.

Bulgaria will receive from Gazprom a discount of 20 percent on gas from January 1, 2013 for ten years. The preferential conditions stipulate that Sofia will buy about 2.9 billion cubic meters of gas a year, but may reduce the extraction by 20 percent without any penalties from Gazprom.

On November 15, Energy Minister Alexander Novak said that Serbia asked for a multi-million loan from the Russian Federation. Belgrade gave concrete numbers: 300 thousand dollars this year, and the rest - in 2013.

Bulgaria will not spend anything on the construction of the pipeline through its territory. It was originally planned that Sofia and Gazprom would finance 30 percent of the Bulgarian part of the project together, whereas the remaining 70 percent will be borrowed. However, Bulgaria claimed that it could not afford it. As a result, Gazprom took care of the Bulgarian share in financing, and Bulgaria will provide free transit in exchange till 2030. The scheme seems unreliable, to say the least.

"In the proposed scheme, the more expensive the pipeline construction is, the longer Bulgaria will be deprived of transit fees. In practice, South Stream will be built at the expense of Sofia's lost transit revenues," says Valentin Stoyanov, the former advisor to the commission on energy policy in the Parliament of Bulgaria.

It is unclear what will make Bulgaria to follow the agreement after the launch of the pipeline. No need to go to Baba Vanga to predict that Bulgaria will feel robbed after the Bulgarian part of the pipeline is launched (in 2016, according to schedule).

In the case of Nord Stream, everything looks more or less certain. There is a supplier - Russia, Germany is the buyer and the manager in one person. As for South Stream, there are too many transit countries. One should bear in mind the fact that Bulgaria, as well as former Yugoslavian republics, often dances to the tune of Berlin, although it looks like a sovereign dance.

The cost of the project is growing by leaps and bounds, but Gazprom can only careless. A month ago, the number was 15.5 billion euros. Later, after all specifications and configurations, the price has increased to 16 billion.

As experts point out, Gazprom will spend about 10 billion euros more on expanding the unified gas supply system on the way to Russia's Anapa, where South Stream will dive under the water.

It is unlikely that such a sharp increase in capital expenditure in the long term will show a positive impact on the financial stability of Gazprom. All this is happening against the background of falling consumption in Europe.

"The main financial result of the construction of South Stream is a greater credit load for Gazprom. The net debt of the monopoly already exceeds 161.882 billion rubles. One would like to find out how Gazprom is going to give these loans back under the conditions of falling gas prices. Almost all European buyers of the Russian monopoly received substantial discounts in 2013. There is also the matter of a revolution in alternative energy - many European countries already receive up to a half of the energy balance from renewable sources," leading financial analyst of Kalita Finance, Alex Vyazovsky, told Pravda.Ru.

Gazprom increases its interest in European sales and energy companies that supply gas to end consumers. The need to ensure stabile supplies grows. As a result of the asset swap with BASF, Gazprom became the owner of three distribution companies in Europe. After the failure of the deal with RWE, this is definitely some positive news for the company. In addition, last year Gazprom bought Envacom Service, which specializes in the production of clean energy. The client base of the company makes up 500 thousand people. In addition to the retail market of Germany, Gazprom is presented in respective segments of the UK, France and the Benelux countries," Gregory Birg, an analyst with Investkafe said.