Russia to search for gold in Tanzania

Russian geological holding company Rusgeology will search for minerals in Tanzania. The appropriate program is ready; representatives of the holding have already attended the talks in the African country. Tanzania is a treasure trove of a wide variety of minerals. However, the exploration will cost quite a sum. 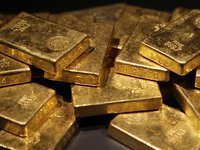 Since colonial times, Tanzania has been a storehouse of a variety of minerals. The country ranks third in Africa in terms of gold reserves; there are rich deposits of diamonds, copper and hydrocarbons. During the visit to Tanzania (it took place in early October) representatives of Rusgeology met with the heads of the Ministry of Energy and Mines and other officials of Tanzania. The talks were held to discuss the prospects of cooperation in the field of ​​regional geological exploration in promising territories.

At the meeting with First Deputy Minister for Energy and Mines of Tanzania, representatives of Rusgeology discussed the program of projected metallogenic research in central Tanzania. The program has been coordinated and is currently being considered by management.

Rusgeology possesses a staff of highly qualified professionals and extensive and sometimes unique experience in exploration and mining in Russia and abroad. This knowledge and the available production capacity will make a valuable contribution to quick and efficient research on the territories of the interested countries," the head of the International Cooperation Department of the company, Mr. Demidov said.

There were large deposits of oil found in Tanzania too. In the winter of this year, it was reported that Rusgeology could both look for oil and extract it. Then-CEO of Rusgeology, Alexander Pisarnitsky, said that the company was planning to start own production of hydrocarbons in five or seven years.

Most likely, though, the valuable information on the industrial resources of one of the richest countries in Africa will be more expensive than the crude oil of the country. Technically, it was Rusgeology that was supposed to become the exploration corporation. It was thought that the company would be providing is extremely valuable to its customers in the first place. The information could then be converted into profit. Incidentally, in 2010, the Russian government abolished the fee for the information from the State Fund of the Interior. The info on the deposits that was sold to miners, replenished the budget with 150-170 million rubles every year.

The establishment of the state-run corporation Rusgeology was tied to the need to ensure the uniform exploration of the territory of Russia, the reproduction of the mineral resource base, as well as with the need to develop a fundamentally important new directions of geological research. The plans for such an organization are registered in the strategy for the development of geology before 2030. The registered capital of Rusgeology, which was created on the basis of JSC Central Geology, is based on the shares of 38 major state-owned geology enterprises of Russia. They provide a variety of services in drilling, geophysics, etc.

The priority areas for the work of Rusgeology abroad include African countries (Tanzania, Mauritania, Sudan, Angola, Namibia, Congo, South Africa, etc.), Latin America (Venezuela, Chile, Peru), South-East Asia (Vietnam, Laos Mongolia), Indonesia and others. The company has intergovernmental agreements signed with many of them. The corporation was created primarily to address Russian issues and eliminate the vacuum that was formed in the industry during the 90's, when found in the Soviet times. The search for new deposits was not important at all thanks to the reserves discovered during the Soviet period.