Europe's largest defense aerospace corporations - EADS and BAE Systems - prepare for a merger. Reportedly, the talks between the companies have ended successfully. The merger is to create a full-fledged defense concern, the turnover of which will surpass that of Boeing. 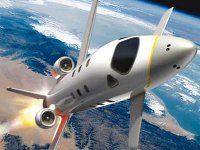 British company BAE Systems plans to obtain 40 percent in the united global company, whilst EADS will get hold of 60 percent. The board of directors and the top management of the holding will include representatives of Airbus and BAE Systems. French holding SOGEADE, which is controlled by the French government, owns 22,36 percent at EADS. The same share belongs to Germany's Daimler. Another 5,44 percent of the shares of the concern are owned by Spanish industrial holding company SEPI, while the remaining 49,3 percent of shares are freely traded on the market.

BAE Systems is mainly focused on the military segment. The company works in the field of land wheeled vehicles, manufacturing Challenger II tanks, M2/M3 Bradley armored vehicles, M113 armored personnel carriers and artillery. The company is actively engaged in the creation of new weapons - the electromagnetic gun, for example. The most famous aerospace product of EADS - Airbus aircraft - is the result of successful partnership.

EADS and BAE Systems jointly manufacture European combat aircraft Eurofighter Typhoon, which is used by the Air Force of Austria, Britain, Germany, Spain and Italy, as well as Saudi Arabia, where the British group enjoys strong positions. The companies, together with Finmeccanica, run France's MBDA, which manufactures a wide range of missile weapons. EADS and BAE Systems own 37.5 percent of shares in the capital of the joint venture. Italy's Finmeccanica controls another 25 percent.

The negotiations about the establishment of the European giant are scheduled to end on October 10. The governments of several countries will have to say their word to implement the transaction. It will be signed once it is approved by the government of the U.S., France, Germany and the UK.

Earlier, Director General of EADS Tom Enders stated that the joint venture would employ about 220,000 people worldwide. As a result of the merger, the supercorporation will obtain developed industrial and scientific infrastructure in major cities of the world's leading countries - France, Spain, Germany, the UK and the USA.

Thus, the EU consolidates the production of defense and aerospace products and integrates sales markets, increasing the total potential in them. The new concern will receive large government customers worldwide. BAE wants to have the preferential right to sell its developments on the U.S. market. The company should not control this segment after the merger.

Officials with the German government note that the establishment of the alliance will create certain problems associated with industrial safety of the countries participating in the agreement. The news about the merger of the companies sent BAE's shares on the London Stock Exchange up by 10.6 percent immediately, while the securities of EADS fell 3 percent.