IMF can do nothing but cripple developing countries

Twenty years ago, Russia was admitted to the IMF, designed to create the most favorable conditions for the growth of the world economies. But now it becomes obvious that the organization does not heal but cripples the developing countries, using them in the interests of the developed countries. Yet, things are changing, and now Moscow is considered by the EU as one of the saviors in the financial crisis.

After the collapse of the Soviet Union, the newborn state of the Russian Federation, taking on the debt of the Union, proclaimed itself the successor to the Soviet era. But Boris Yeltsin who headed the country was unable to cope with the rapidly burgeoning underground economy and the country plunged into chaos. It was when the International Monetary Fund has emerged, established as the result of the Bretton Woods conference. It called for the increased international trade by maintaining a stable exchange rate of the member states.

The Soviet Union, despite its active part in creating the fund, refused to ratify the agreement on accession to the organization. One can only imagine the reaction of the Western vultures looking at an unstable Russia after the fall of the "Iron Curtain". It turned out that the laws had nearly no effect in the new country, giving way to all-out privatization, but simply - theft of the state property. Therefore, the IMF decided to hold off and switch to a more stable countries. 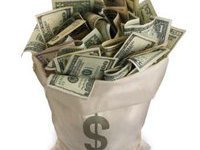 For 90 years, the credit institution has been headed by the United States and Britain that do not want to lose sight of the geopolitical impact and that could destroy the economies of many countries that had economic potential. The IMF and World Bank have developed a special type of macroeconomic policy - the Washington Consensus, recommended for the states experiencing economic and financial crisis. At the time they included all of Asia (the collapse of the stock market), Russia (default), Eastern Europe (the Soviet collapse and the transition from planned to market economies) and Latin America.

As time has shown, in 2011, this set of ten rules of the International Monetary Fund had admitted failures - three years later the global economic crisis has emerged. Washington Consensus, despite the declaration of the neoliberal economy, was no better than the socialist consensus adopted in 1917. But this time, neither China nor Russia has followed the advice of the IMF and opted out of the crisis in their own ways. Beijing instead of feeding the banks continued to invest in the industry, and Moscow has not complied with the recommendations in terms of fiscal discipline, lower taxes, deregulation and property rights, although it borrowed $22 billion.

And now, when the IMF's best years are behind and it is past its peak of influence, developing countries increasingly point to the fact that they need to increase the quota in the organization, thereby taking into their hands the tools of the global economic governance. After all, the EU and the U.S. have shown their complete inability to cope with the financial crisis and its consequences. Today the U.S. quota is 17.7 percent. America, Canada, Japan, Australia and the six largest European countries, including the Netherlands, have more than 50 percent in the organization.
This means that the money spent on loans to other states belongs to them, so they should be taking all decisions on the fund policy.

But, in fact, the IMF is a barrel where the United States pours its excess money to keep the country from hyperinflation. The rest of the countries, borrowing money, take those dollars and pay with them in international trade, changing sovereignty for integration into Western civilization.

It is not surprising that this situation does not suit either BRICS and Latin American countries rising from the ashes, or those planning to join the "Asian tigers". Now Russia and China have a stock of reserve currency exceeding the IMF several times (the IMF has only 400 billion dollars). What could be better than becoming a donor in exchange for an increase in the number of votes? Only the classical theory of the cycles of the world economy when the financial centers of gravity replace each other.

All the better that the developed countries, including Germany, do not want to give money to increase the reserve fund, given the problems of debt in the Eurozone. Because Moscow and Beijing can uncork their funds right here and right now, but the IMF is in no hurry to save itself. The parity of developing countries with the developed ones is too high of a price.

Recently head of the Russian Ministry of Finance Anton Siluanov once again offered to buy IMF bonds to fund releases to deal with the European crisis and add $10 billion to the treasury of the organization. Just after the finance ministers and heads of central banks of G20 agreed to replenish the resources of the International Monetary Fund to $430 billion dollars. IMF head Christine Lagarde announced that the quota of BRICS in the organization has increased from 10.71 percent to 14.18 percent, Russia - from 2.49 percent to 2.71 percent, which puts Moscow in the ninth place on the list of shareholders.

Since the majority of the "twenty" are ready to provide funds totaling $362 billion, the fund only needs to secure $70 billion. This is where the fun begins. $10 billion dollars is not a finite sum of Russia's participation in the replenishment of the fund. China, Brazil, India, Indonesia, Malaysia, and Thailand have not made their decision yet. These are the countries of the future new world economic order that only yesterday were the IMF debtors, but tomorrow could be its fairies.