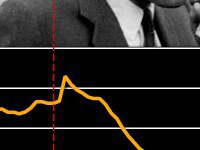 The country with the freest economy on the planet is Hong Kong. Such a statement was made by Heritage Foundation, a US-based NGO. The "Index of Economic Freedom" made by the organization is based on the degree of openness of markets, the effectiveness of the legal framework for business activities and the apparatus of government officials and regulatory authorities.

Hong Kong, which until 1997 was a British colony, and then became a Special Administrative Region of China, has been taking the first place on the list of the freest economies in the world for the 18th consecutive year, Vesti FM said. The second place on the list is taken by Singapore, the third - Australia, the fourth - New Zealand, and the fifth - Switzerland.

As for the countries of the former USSR, the very top line - the 16th - is taken by Estonia. The country has thus left behind the economies of Finland, Sweden and Germany.

Russia is ranked 144th on the list of 179 countries of economic freedom. Compared to last year, the country has lost one position. The chairwoman of Business Solidarity Non-Profit Partnership, Yana Yakovleva, said that she was not surprised about Russia's place in this ranking, reports Finam FM. Everything is logical, the expert believes.

"The question is how our authorities approach economic issues. Our government believes that economy is their own pocket, in which they can put their hands whenever they want to. They think that they can cut economic ties with a criminal axe and destroy enterprises - do anything except for developing the economy," she added.

Russia took the worst position on the corruption ranking of Transparency International. The research analyzed 28 largest economies of the world. The last but one position on the list was taken by China.

As for the world ranking of corruption, Russia was placed 143rd - between Nigeria and Uganda. In Moldova, corruption is the lowest among the countries of the CIS. The republic took the 112th place.