A revolution in mind power 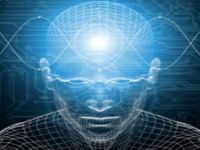 Device can interpret signals from the brain to perform actions.

Katia Moskvitch, BBC reporter, tested emerging technology in the laboratory for IBM company in Winchester, England, a device that interprets signals from the brain to move objects.

Connected to a computer screen that displays a red cube floating, the system can be trained to learn the thought patterns associated with specific movements.

The inventor responsible for tests, Ed Jellard, explains that during the training phase, the reporter has to think about nothing for a few moments so that the computer knows how the brain is when it has no thoughts.

Next, it is necessary to register in a computer program, one by one, different thought commands to move the cube on the screen.

During testing, the reporter can even control the movements of a toy car using only thoughts.

But technology, originally created for the video game industry, has a long way to go, according to Ed Jellard, before it can be used in complex situations.

Control of the environment

The device was created by the Australian company, Emotiv, but IBM created the software that allowed connecting devices such as a toy car, a light switch and a television.

The control signals reach the system through measurements of cerebral activity and reading nerve impulses as they travel toward the muscles.

The team of scientists has already managed to use the technology to help a patient suffering from paralysis after a myocardial infarction (heart attack).

The syndrome is a neurological condition that leaves the individual paralysed, although conscious.

After training on the device with the help of researchers, the patient is able to turn lights on and off, change music and the temperature of the environment where they are.