'Money' the perfect tool for Enslavement 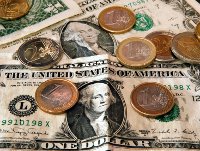 Governments have been using money as a form of control ever since it ever existed. They have achieved this through their centrally controlled banks which they manipulate the flow and availability of money available to the public via interest rates. As today's medium of exchange for goods and services, "Money" is what everyone is striving for in order to obtain the goods and services they require and demand. In today's materialistic and superficial world and because of our indoctrination that having materialistic possessions will provide us eternal love and happiness, we believe that money is the only way out of our misery and problems. Thus most of us make that our first priority in our lives because all of us want to achieve a better life for ourselves.

Our indoctrination starts from the day we were born from what we were taught by our parents on how to be "Successful", the education system teaching us how and who to be in order to be successful, the media ranging from movies, television programmes, magazines, newspapers, advertisements showing us the "Norm" by setting what is socially acceptable according to them. They also set what is above the "Norm" aka "hip" and those who are considered hip "Followed" whoever it was who started that particular trend (really nothing more than being the head of the sheep flock). And of course they will define what socially unacceptable is and label it "Weird" and other labels. Thus the media wields a lot of influence and power in terms manipulating the perceptions and thoughts of the masses of people.

If the media portrays a certain fashion or style and proposes or presumes it as fashionable and popular in a commercial, movie, television series, magazines and other forms of media, with its constant and consistent bombardment of these messages via radio, television or print, it is bound to affect the psyche of those exposed to it. Even if an individual rejects and attempts to block off the messages, it will somehow affect their subconscious mind because of the constant and consistent bombardment of such messages. Although some of us may attempt to block these messages, it will eventually creep up to us through our peers who have fallen for the bait. Peer pressure kicks in and we get persuaded by our friends to "Change" because we don't want to be outcaste by our peers and be labelled "Weird". Those who completely do not fall for the bait gets labelled all sorts of names "Weird", "Old Fashioned", "Backwards" and many more.

Through the media, the Corporations, Banks and the Government, they propose and influence what is socially acceptable or not and what is socially admirable or not. All these four entities normally work together hand in hand. The banks finance the corporations, the corporations lobby the governments and have politicians in their pockets, the government controls the central bank (thus all other banking institutions) or in many cases the central banks have been separated from government control and authority, and are governed by a collection of heads of corporations. The corporations own the media outlets and thus all of them could be grouped together and referred to as the "Controlling Elites" or "Elites". The Elites normally have the same agenda and goals because if they want to retain their profits and control over the masses they would have to work together in order to make sure each other's credibility is upheld. If one of these links in the chain weakens, it will break their whole cycle of profits and control. Thus they work together most of the time hand in hand setting their "Agenda" for the general public to follow via the media.

Their Agenda sets the "Norm" (socially acceptable) in what society is according to them, and that can range from fashion to belief systems and many more as long as the media pushes the message and constantly bombard their messages on the masses. A good example is fashion and music. Some of the music pushed out by the media is totally indigestible but because of the human psyche of "Social Acceptance", where they do not want to be outcast and want to "belong", they go with the so called "Trend" even though they don't like it they buy into it just to "feel" accepted. The same goes with fashion, house, cars, and other material possessions. Thus the power of the media dictates to the populous what the masses "Should" or "Shouldn't" have, and the masses purchase whatever is impulse to them just so that they "Feel" normal and thus they "feel" they are socially accepted.

With the amount of power the media possess to influence the minds of the masses, they often use it to benefit the corporations that they are in cooperation with to persuade the masses to purchase certain products from them. This leads to materialistic consumption of unnecessary levels and because of our strive to consume more just to impress and fit in, we have it as our first priority subconsciously in our lives to make money ahead of everything else, thus making money our masters because we serve(work) to acquire money and we put money in the forefront of other priorities and that makes us slaves to money. We have been enslaved by our own greed and insecurities because we are afraid to be different and afraid to be labelled weird.

Our enslavement is aided mainly by the so called "Elites" particularly the Government who taxes our hard earned income to unnecessary levels and uses our income for the benefit of the "Elites" themselves but not us. They use our tax money for wars to benefit oil corporations and the military industrial complex, they use it to bail out Wall Street and the Bankers during the 2008 Economic downturn, they use it for death and destruction in other nations in particular third world nations. They may have used a small portion of the taxes they gathered for the people but most of the money they have used is mainly for their own benefit. The result of this leaves us with less money in our pockets, thus we have to work harder and longer hours to obtain the level of money we require for survival.

The Banks play a major role in further enslaving us by creating loans and charging us the public ridiculous amount of fees and interest. Our society, in particular the western society is a debt society. We borrow from the banks if we cannot afford it. Be it a mortgage for a house or a credit card for small purchases, these loans are designed to encourage purchases by incurring debt and putting us in absolute slavery and beholden to the banks for the duration of the loans. By creating loans that are easily and readily available and impossible to opt out of, the banks are basically committing daylight robberies and enslaving us by using the media to impulse us to purchase and manipulating our greed to acquire materialistic possessions even when we cannot afford them. The money banks loan out, the more they make and the less money the masses have in their pockets.

From what is left, we purchase our products from corporations which more or less have monopolised the industries and they created an illusion of choice by creating different names for their corporations but in fact they are owned by the same group of people known as Oligarchs. These Oligarchs often have political connections and belong to powerful lobby groups who have the politicians in their pockets and often own the major media outlets. They influence and pressure the government to have favourable taxation laws for their corporations and unfavourable taxation laws for small businesses and the masses of individuals. Thus channeling most of the wealth towards these Oligarchs and making everyday living more difficult for the masses,resulting in the rich becoming richer and the poor becoming poorer.

With the masses having most of their wealth channelled to the elites, the masses thus have less and they have to fight over of what is left while the Elites sit back and laugh at us falling for their deceitful system without even knowing it and enslaving us, making us work longer hours just to put food on the table and a roof over our heads. This will eventually lead us to a two class system of master and slaves with a few controlling everything and the masses slaving just to get a taste of the carrot the "Elites" dangle in front of us without knowing that we will never get it if we continue to be manipulated this way.

This really is not rocket science on how these group of so called "Elites" have worked for the destruction of humanity and lowering the quality of life all around the world. Most of the masses have been too distracted because of the need to make a buck in order to survive and the attention has been diverted away from the real cause of the decline in quality of life and the enslavement of humanity. The western developed nations are no different from third world nations as most people in the developed world are enslaved to their system and if they do not work they cannot survive, no different from third world nations. The "Elites" have efficiently used money as the carrot and made sure we would never get the whole carrot but tease us with just a taste of it leaving us like dogs chasing our own tails. It is not money that is evil but how money has been and is still being used by these "Elites" to manipulate us through our greed to obtain absolute control of us.

If we continue to succumb to the media, peer pressure and our greed, and if we continue to tolerate the connections between these Elites and let this happen, we will eventually be enslaved by them, manipulating us and ultimately enslaving ourselves. Connecting the dots is not rocket science and more common sense and at what point in time do we have to reach before we get totally enslaved?