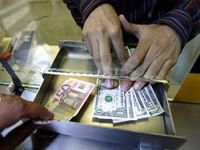 According to The Big Mac Index, Russian currency is undervalued, but considering the per capita GDP, it is close to a "fair" value. The index is based on purchasing power parity (PPP), calculated using the same global product. The price of a Big Mac in different regions is translated into U.S. dollars.

Big Mac has a sufficient number of food ingredients (bread, meat and vegetables), which allows to consider it as certain food basket. If the price exceeds the value of the product in the United States, there is a case of overvaluation of the currency against the U.S. dollar. If the contrary is the case, the national currency is undervalued.
The index was invented by The Economist magazine in 1986 as an amusing comparison, but has since become one of the economic indicators.

This year's ranking of The Economist for the first time in its history included India. However, the product that gave the index its name in India is sold with chicken instead of beef, considered sacred by Hindus. The name of the sandwich is Mac Maharaja.

The meat is said to account for less than 10% of the total cost of a hamburger, and therefore the distortion of data is not critical. Given this, the index says that the Indian rupee is undervalued by 53%.
According to the calculations of The Economist, in July of 2011 the Russian ruble was undervalued against the US dollar by 34%.

In Russia, the researchers considered the price of a Big Mac at 75 rubles, which corresponds to $2.7. The average price of a Big Mac in the US today is $4.07. Thus, the authors of the rankings came to the conclusion that Russia's currency is undervalued by 34%.

Based on this index, the "fair" rate should be 18.5 rubles per US dollar. However, balancing the cost of a Big Mac with a GDP per capita, the publication has come to the conclusion that the ruble was overvalued by 10%.
A year earlier, the Russian ruble was undervalued by 62%, based on the index rate the Russian national currency should be approximately 19 rubles to the US dollar.

In China, the American hamburger is priced at $2.27. This is 44% cheaper than on the other side of the ocean - in the U.S. Thus, according to the Big Mac index, the journalists have suggested that the Yuan is undervalued by 44% against the US dollar.

Among the cheapest currencies, according to the index, is the Hong Kong dollar. The local dollar is undervalued by 52%. The same situation is with a number of countries such as Malaysia, Pakistan, Poland, Taiwan, Thailand, and the Philippines.

The most overvalued currencies are in the countries of South America are Brazil (52%), Colombia (17%) and Argentina (19%).

Given the per capita GDP in these countries the currency is overvalued against the US dollar at 100-150%, the Norwegian krone by 46%, and the Swedish currency by 85%.
Vladimir Shabanov