Economy: so far, so good 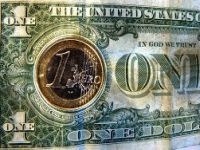 The situation with a possible U.S. technical default has been resolved, and after the euphoria that swept the stock markets due to the agreement on the public debt limit, there are hopes that the situation will equalize. Congressmen approved the necessary document, then it was voted for by the Senate and signed by the president, and the issue can be considered closed for a couple of years.

Forex Club analysts point out that the week of August 1-5 will be very busy in terms of macroeconomic statistics from the U.S. In the light of recent trends the global financial markets participants will monitor the situation very closely. The attention will be drawn to the Purchasing Managers Index, (PMI), as well as the data on the labor market in the United States from ADP Inc. and the Bureau of Labor Statistics (BLS). Particular attention will be drawn to the results of the regular meetings of the European monetary authorities - the European Central Bank and Bank of England.

According to them, the growth rate of the U.S. economy in the second quarter of 2011 was clearly not impressive. "Bleak data from the leading indicators in the past three months and measures of the current state of the economy have been confirmed by the disappointing numbers for the GDP growth rate, which, according to preliminary estimates, amounted to 1.3%. Declining inflation rates, as well as another slowdown in the labor market, do not give a reason for the Fed to tighten the monetary policy. They, by contrast, may require new solutions to stimulate employment. However, reports of the U.S. corporations have not been disappointing, inspiring some optimism about the prospects for the U.S. economy in the third quarter. As a result, it is essential to follow the new component of the orders of the PMI index, which give reason to assume the growth prospects for the industrial and non-industrial sectors of the economy in the third quarter," Forex Club reported.

The situation is also affected by the discrepancy of July data on the number of new jobs from ADP Inc. and the Bureau of Labor Statistics. The BLS has reported that the economy added a total of 18 thousand jobs, while, according to the ADP, the number of jobs increased by 157 thousand. Participants in the global financial markets are now watching which trend will continue. In such circumstances the attitude of the investors is extremely sensitive to the release of data planned for August 3 and 5.

It is projected that "in general, on the background of reduced concerns about the risks associated with the possibility of a technical default, the U.S. government will be able to support the stock market, but the prospects for the U.S. currency continues to remain very vague."

An analyst of Investcafe Anna Bodrova said that the increase of the debt ceiling of the country, which now stands at $14.3 trillion, will occur in two stages. There will be one-time increase of $400 billion (to $14.7 trillion), and in the fall it will be increased by another $500 billion. Before the end of November the commission, comprised of the representatives of both parties, would raise the "ceiling" by another $1.5 trillion.
According to the analyst, "in general, the solution is quite positive - it will allow to avoid coming back to this issue at least until 2013, although it does not solve it completely.
The U.S. dollar received good support, and strengthened in the tandem with the euro, this trend can be observed today in Forex."

The global economy also feels that the UK continues to wind down, not giving further reasons for the Bank of England to tighten the monetary policy. The recent data on the index of business optimism in the industry PMI signaled the transition of the economy to stagnation. The indicator for the first time since 2009 has fallen below 50%. In addition, the recent replacement of Andrew Sentance and Ben Broadbent in the ranks of the Committee on Monetary Policy makes the prospect of raising interest rates in 2011 unlikely, despite the rise in consumer inflation to 4-5%.
"The European Central Bank, in our opinion, is in a cycle of a tighter monetary policy. It seems that the regulator has chosen the tactics of a rate hike by the end of each quarter. However, this positive dynamics for the European currencies is offset by the concerns about the debt problems of peripheral Eurozone economies. In addition, Italy was recently linked to them as well due to the fast-growing spreads in bond yields of the Government and Germany.

In general, we do not expect any surprises from the ECB at the end of this meeting. The discount rate will remain unchanged at 1.5%, and the results of the meetings themselves are unlikely to increase investors' optimism about the prospects for the European currency. However, the head of the European Central Bank is known for his manner of making ambiguous hints to the financial market participants, which brings certain concerns about these expectations," the experts of Forex Club concluded.