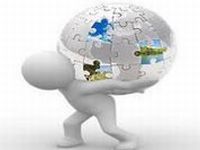 One of the most important points discussed in the intricacies of ecological economics is the fact that if the economy stops growing, this does not mean that therefore it stops developing. What economists with a more accurate picture of the environmental issue desire is precisely to achieve development. What these same economists condemn so vehemently is growth achieved upon the ruins of the degradation of natural capital. Thus, the ecological economy does not arise against development but rather, against the high growth rates that inflate the economy at the expense of worsening the environment and as a result, the quality of life.

In terms of definition, growth is the increase in production, physically; in other words it is "more quantity." Development, on the other hand, overcomes this idea and seeks "higher quality". With technology and innovation, it is possible to produce the same amount of goods, but effectively, with quality. The basic idea then is as follows: production should serve to restore, not to accumulate. Today, we experience the opposite. The main concern of the traditional economy is to produce, to accumulate.

Understanding this means that we have first to take into account the fact that development is not linked to economic growth. It is a pure and crystalline illusion to consider that by making the economy grow, one automatically achieves development. So, from this perspective, the process understood as "economic development" (quality) is not only desirable but it is also quite possible, even if there is no growth (more quantity) of the economy.

The fundamental issue would appear to be the following: if we keep placing the economy on the bases of the production process which responds only (and in name) to (and from) the stock market gains, one will not manage any degree of success at all since this market has eyes only for "quantity". What must be done, and it is not easy, is to direct the production to meet human needs exclusively, something that does not necessarily entail the notion of "having". To reach this point it is absolutely necessary to place the economy at the service of people, thus breaking with the traditional situation that has prevailed for so long which insists on placing people at the service of the economy.

It is important to understand, definitively, a relatively simple premise: the economy, generally speaking, needs to go back to basics, which date back to the times when it was incubated in the aspects of Moral Philosophy, when the classics, in preparing their first "treaties" oriented the economy (productive activity) so that in this way people could reach a state of common well-being, complete happiness.

In the wake of this comment, it is wise to note that happiness, though it resides on a conceptual basis of total subjectivity, has never been linked to the possession of money. Within this perspective, the market is not, then, as some insist and as the traditional economy wishes to instil, a "sacred" place where a commodity called "happiness" is to be found on sale Happiness is not (and never was) a commodity; therefore, it is priceless!

Understanding this, somehow, helps us to break down the premise that the economy should be seen merely as a science that dictates and directs, as it wishes, the courses of the market, as if the market was solely responsible for generating happiness and well-being. Before we arrive here, it is worth noting that the economy - being a subject which belongs to the humanities - should be concerned solely with the welfare of people, following the basic notion that we are speaking of a science made by people and for people. By the way, the economy was born for this; to get people to thrive in the most basic and elemental aspect of their lives: to have quality of life.


Wishing to measure performance (improvement) of a society so that it can (or wishes) to make purchases in a shopping center (or mall), is to turn life simply into a marketing exercise, typifying things by the price system. Definitively, economic science needs to overcome this old-fashioned way of seeing things and needs to thrive on the assertion that totally depends on questions related with nature, hence the supreme need to practise conservation and sustainability, so that with this, this social science is consolidated in the service it renders to improve people's lives. 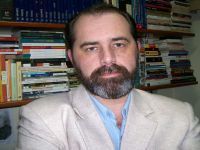 Marcus Eduardo de Oliveira is an economist and professor of economics at FAC-FITO and UNIFIEO in Sao Paulo, Brazil. He is Member of GECEU - Study Group of External Trade (UNIFIEO) and writes for EcoDebate Portal, of the website "The Economist"; also the News Agency Zwela News (Angola) and the newspaper Diário Liberdade (Galicia, Europe).