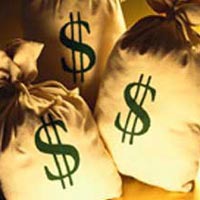 A day is coming when the rest of the world will decide that it no longer has faith in U.S. dollars or in U.S. debt.  When that day arrives, the game will be over.  Traditionally, two of the biggest things that the U.S. economy has had going for it were the U.S. dollar and U.S. Treasuries.  The U.S. dollar has been the default reserve currency of the world for decades.  All over the globe it was seen as a strong, stable currency that was desirable for international trade.  U.S. government debt has long been considered the "safest debt" in the entire world.  Whenever there was a major crisis, investors would flock to U.S. Treasuries because they were considered a rock.  Sadly, all of this is now changing.  Today the rest of the world is losing faith in the U.S. financial system.  In fact, even the United Nations is now warning of the collapse of the dollar.  But if the U.S. dollar and U.S. Treasuries collapse, that will be an absolute nightmare for the U.S. economy.  If the rest of the world does not want our dollars someday, then what are we going to give them in exchange for all of the oil and all of the cheap imported goods they send us?  If the rest of the world does not want our debt someday, then how in the world are we going to be able to continue to consume far, far more wealth than we produce?

The rest of the world is watching the U.S. government run up record-setting budget deficits and they are watching the Federal Reserve print money like there is no tomorrow and they realize that the U.S. financial system is slowly imploding.

As mentioned above, now even the United Nations is warning that the U.S. dollar could collapse.  The following is a brief excerpt from a recent news report put out by Reuters....

The United Nations warned on Wednesday of a possible crisis of confidence in, and even a "collapse" of, the U.S. dollar if its value against other currencies continued to decline.

In a mid-year review of the world economy, the UN economic division said such a development, stemming from the falling value of foreign dollar holdings, would imperil the global financial system.

But it is not just the United Nations that is concerned about the U.S. dollar.

On April 18th, Standard & Poor's altered its outlook on U.S. government debt from "stable" to "negative" and warned that the U.S. could soon lose its prized AAA rating.

At one time, it would have been unthinkable for Standard & Poor's to do such a thing.

But today it is amazing that it has taken them so long to make such a move.  U.S. government finances are falling apart.

When the credit rating of U.S. government debt starts declining, interest rates will go up.  Just ask the government of Greece how painful that can be.  Today, Greece is paying over 16 percent on 10 year bonds.

The following is what John Williams of Shadow Government Statistics recently had to say about why Standard & Poor's issued such a warning about U.S. government debt....

S&P is noting the U.S. government's long-range fiscal problems. Generally, you'll find that the accounting for unfunded liabilities for Social Security, Medicare and other programs on a net-present-value (NPV) basis indicates total federal debt and obligations of about $75 trillion. That's 15 times the gross domestic product (GDP). The debt and obligations are increasing at a pace of about $5 trillion a year, which is neither sustainable nor containable. If the U.S. was a corporation on a parallel basis, it would be headed into bankruptcy rather quickly.

Look, the rest of the world is not stupid.  They know that the U.S. government is hurtling towards financial disaster.  The appetite among foreigners for U.S. government debt is decreasing rapidly.

In fact, according to Zero Hedge, foreigners are dumping U.S. debt at a very rapid pace right now.

In addition, the cost to insure U.S. debt has risen sharply in recent days.

Right now, the Federal Reserve has been buying up most new U.S. government debt with dollars that it has created out of thin air.  This is a giant Ponzi scheme, and it is a major contributing factor to the decline of faith in the U.S. dollar.

Anyone with half a brain could have seen that this would be the end result of reckless government borrowing, but unfortunately our politicians have been ignoring this problem for decades.

Now a day or reckoning is fast approaching and it is going to be very painful.

The U.S. government has piled up the biggest mountain of debt in the history of the world.  Just consider a few shocking facts about this unprecedented debt....

*If the U.S. national debt (more than 14 trillion dollars) was reduced to a stack of 5 dollar bills, it would reach three quarters of the way to the moon.

*The U.S. government borrows about 168 million dollars every single hour.

*If Bill Gates gave every penny of his fortune to the U.S. government, it would only cover the U.S. budget deficit for 15 days.

*It is now being projected that by the year 2021, interest payments on the national debt will amount to $1.1 trillion dollars a year.

In a previous article on The American Dream, I detailed some more absolutely horrifying statistics about U.S. government debt....

#2 The federal government has borrowed 29,660 more dollars per household since Barack Obama signed the economic stimulus law two years ago.

#5 The U.S. government currently has to borrow approximately 41 cents of every single dollar that it spends.

#6 The total compensation that the federal government workforce earned last year came to a grand total of approximately 447 billion dollars.

#7 The U.S. national debt is currently rising by well over 4 billion dollars every single day.

#8 The U.S. government is borrowing over 2 million more dollars every single minute.

#10 Unfunded liabilities for entitlement programs such as Social Security and Medicare are estimated to be well over $100 trillion, and nobody in the U.S. government seems to have any idea how we are actually even going to come close to meeting all of those obligations.

#12 If the federal government began right at this moment to repay the U.S. national debt at a rate of one dollar per second, it would take over 440,000 years to pay off the national debt.

So have our politicians learned anything from the mistakes of the past?

The U.S. government continues to spend money on some of the most ridiculous things imaginable.  For example, the Department of Health and Human Services has just announced a brand new $500 million program that will, among other things, seek to solve the problem of 5-year-old children that "can't sit still" in a kindergarten classroom.

Isn't it good to see the government investing our hard-earned tax dollars so wisely?

Of course if our kids weren't being constantly fed foods packed with sugar, high fructose corn syrup and aspartame we wouldn't have to spend 500 million dollars to deal with this problem.

When it comes to government waste, nobody seems to do it any better than the U.S. government.

Our politicians continue to assume that the rest of the world will always want our dollars and our debt, but that is simply not the case.

Over the past couple of years, global leader after global leader has publicly talked about the need for a new world reserve currency.

In fact, globalist institutions such as the IMF and the World Bank have been very busy discussing what the world is going to use as a global reserve currency after the death of the dollar.

The rest of the world is not sitting around waiting to see if the U.S. financial system is going to recover.  They are already making plans for the demise of the dollar.  They are increasingly using other currencies to trade with.  They are becoming more hesitant to buy more of our debt.  They are realizing that the days of U.S. dominance are coming to an end.

So what is that going to mean for us?

It is going to be a complete and total disaster.

Right now, we live far, far beyond our means.  We borrow gigantic piles of money to make up the difference between what we produce and what we consume.  We are absolutely dependent on the fact that the rest of the world will take our dollars in exchange for the things that we need.

The current situation is not sustainable.

It will come to an end.