Gold Ahead of Competition Now and Always 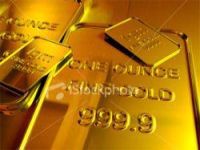 Gold at all times has been the most reliable way to maintain savings. Currently, due to currency exchange rate fluctuations and unstable political system, gold continues to enjoy significant demand. In mid-April of 2011 the price of a troy ounce (31.3 grams) of the best-known precious metal exceeded $1,500.

According to experts, this dynamics of quotations does not cause any surprise. Most of the investment portfolio managers find it necessary to have gold in their assets, which can significantly improve the performance of the risk-return profile. Sergey Zimnin, Director of FG "Kalita-Finance" noted that gold has this privileged position due to several reasons, and most of them boil down to" protective "properties of this asset.

According to him, it is traditionally believed that gold is the most effective tool for hedging against inflation risks in the long-term investments. Another important characteristic of the precious metal is its low correlation with other financial assets. In other words, the dynamics of gold is less susceptible to the market influences. The latter was most clearly demonstrated during the acute phase of the current financial crisis, when on the background of falling stock and commodity indicators the "golden" quotes demonstrated systematic growth.

Most certainly, purchasing precious metals can hedge against the unpredictable fluctuations of the currency market, in particular, from the excessive weakness of dollar. After the crisis of the Bretton Woods system the U.S. dollar effectively took over as the global money, the status that originally belonged to gold. In addition, in recent years, the U.S. currency has not been able to cope with its mandated role and gold once again came to the foreground as a proven indicator of a universal measure of value. "The advantages of gold described above are characteristic of gold as an investment asset, but beyond this the precious metal is traditional goods at the trade exchange with its own specific properties. In this context the main advantage of physical gold is the lack of credit risk inherent in other financial assets," emphasizes Zimnin.

Gold as a commodity, unlike the securities or currencies, is not someone else's obligation, which is especially important in the current economic realities, where the effectiveness of the current global financial and credit paradigm is being questioned. As a result, the demand for gold is stable both under the normal market conditions and in times of political and economic upheaval. "

The price of gold is influenced by supply and demand dynamics in the market. In the last decade, the structure of buyers and sellers of precious metals has undergone significant changes. The major suppliers of gold to date are the five countries: China, U.S., Australia, Russia, and South Africa. They account for nearly half of all the gold mined in the world. Interestingly, in the early 1970's, nearly 75% of the world output was produced by only one country - South Africa - but now its position is less significant.
At the same time, experts of FG Kalita-Finance say that the average production cost per ounce of metal, according to various estimates, is approximately $860. Of course, the price will differ depending on the manufacturer, the location of mines, the depth of deposits, ore quality, etc. However, the conclusion that to date gold mining remains a highly profitable business is true for most enterprises. Another equally important conclusion is that we can say with a high degree of confidence that gold prices in the foreseeable future are unlikely to fall below the threshold of profitability ($860), since in this case the production would decline sharply and the imbalance in the supply and demand would push the prices of gold up.

"In general, while analyzing the future prospects for the prices of gold it may be noted that the main risk for the market is the reduction of the investment demand.

"At the same time, given the current economic realities, including the crisis of sovereign debt, rising inflationary pressures, the echoes of "currency wars," it is unlikely that purchase of "protective" asset would go down in the near future. Even if we assume that the world economy will soon come to the trajectory of a healthy fundamental growth (which is highly unlikely) and there will be no significant demand for gold as the insurance against economic threats, the price of precious metals would not necessarily fall, as in this case the industrial and consumer demand will be activated (the consumer's well-being will grow, and the jewelry industry and other sectors will increasingly buy gold stock.

As a result, the two functions of gold - that of a protective financial asset and that of the goods used in other industries - often counterbalance each other, allowing prices to respond more smoothly to the changing economic cycles. For this reason, in 2011, after a sharp rise in the first six months of the year, the gold prices will stabilizes, and the average price per ounce of gold for the year will be approximately $1,450, which is generally consistent with the market consensus ", Zimnin stressed.