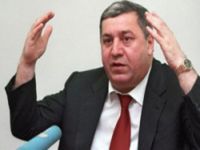 Some changes have occurred in the table of ranks of the wealthiest business families in Russia last year compared to the previous year 2009. The last year's champion the Gutseriyev family has lost the first line to the brothers Ananyev. It is difficult to track the long-term dynamics because the rating of the most influential families was started only in 2008.

According to the "Finance" magazine that publishes the rating, in 2008 the rivalry of the two families was again in favor of the Ananyev. However, a year later the total capital of the Gutseriyev clan was three hundred million more than that of the Ananyev. According to the results in 2010 the gap is even more impressive - $700 million.

This time it is in favor of the "orthodox" entrepreneurs, as they are called by the media that is obviously alluding to the dominance of non-Slavic names in the ranking of "Finance". The total wealth of Alexei and Dmitry Ananyev is estimated at $6.5 billion. Within the last year their capital has increased by 41%.

The total wealth of the Gutseriyev brothers has also increased, but less rapidly than that of the "orthodox" billionaires - at 17%. The total capital of the clan is $5.8 billion.
"The former number 1 did not win this time despite of the oil assets, which are the responsibility of Mikhail Gutseriyev, the increase in the cost of Binbank (Mikail Shishkhanov) and retail real estate (Sait-Salam Gutseriyev)," the publication reported.

It is noteworthy that if we consider the structure of the business of the Ananyev brothers and Gutseriyev clan, we would see that both have a financial component. As already mentioned the Gutseriyev own Binbank, while the Ananiev own PSB. The "orthoodox billionaires" have business and real estate development in their structures - Promsvyaznedvizhimost and IT-company Technoserv, but no oil production.

However, as predicted by "Finance", Russneft owned by the Gutseriyev clan will grow more rapidly than Technoserv. Given this fact, the very top of the next rating might change again.

The most dynamic growth in comparison to the previous rating was displayed by the brothers Arcady and Boris Rotenberg. Within the year their capital increased by 88%, at $3.5 billion. "The media ascribes Arcady and Boris the demonic image of close acquaintances of Prime Minister Vladimir Putin. Despite of this (or maybe thanks to this) their capital grows at the enviable pace - nearly 200% a year", stress the authors of the rankings, pointing out that the brothers Rothenberg within the year climbed three positions.
Publishing 2009 ranking last year, the publication assessed the successful strategy by Arcady and Boris Rotenberg in terms of investing the funds obtained from the resale of the monopoly rights to manufacture of the pipes for Gazprom and purchasing service subsidiaries from this company.

Now, IPO of Mostotrest deserves special attention, as well as the sale of shares of Novorossiysk commercial sea port at a price significantly above the market to the state-owned company Transneft and brothers Magomedov, who settled on the fifth line of the "Finance" top-10.

The purchases of the Rothenberg that will bring good profit in the near future include the purchase of a company from Gazprom for over $140 million that owns 70% of all the drilling operations of the gas monopoly giant.

The capital of $3.5 billion was sufficient for the Rothenberg to push to the fourth place nephew and uncle Andrei Molchanov and Mikhail Romanov who control LSR Developer Group. Their annual growth amounted to 8%, and total funds - $3.42 billion  The list of the ten wealthiest family clans of Russia compared with last year's top-10 has two new names who settled in the middle of the ranking. These are brothers Magomedov mentioned above and the Mutsoev family. Magomed and Ziyavudin Magomedov are the owners of Summa Capital and have $3 billion in capital. This is three hundred million less than the capital of the Mutsoev who control the groups "Regions" and "Uralkaliy."

The newbies have moved the Bazhaev family (Alliance Oil Company) from their 5th place in the rating to the 7th despite a very respectable annual capital gain of 21%. Their total wealth was estimated by "Finance" at $2.27 billion.

Even greater increase (39%) did not save Daniel and Sergey Khachaturov who occupy the eighth place in the current ranking from falling by one position. The total wealth of the president and CEO of the Rosgosstrakh Group is estimated at this time at $2.2 billion

Incidentally, the greatest increase in the wealth was showed by the Fartushnyak brothers who own a chain of sports shops. The brothers' capital increased by 380% within the year, up to $480 million, which enabled them to jump by 15 positions and take the 35th place.

The combined wealth of the ten richest families of Russia amounts to $33.2 billion, while in the last ranking this number was $24.7 billion.

The capital of the fifty wealthiest families has also increased from $42.4 billion to $61.2 billion. According to the magazine, it is better to start a business with siblings as the average capital of the sibling business is $1.65 billion, while businesses of fathers and sons bring only $0.75 billion on average. The worth of 19 names on the list of the 50 wealthiest families of Russia exceeds $1 billion.