Fukushima: For whom the bell tolls? 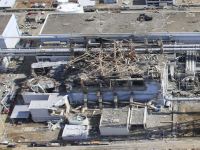 All of us have followed the progress of the Fukushima nuclear crisis, due to the recent earthquake in Japan - after all, it is feared that many people may die from nuclear radiation.

Because of this fear, a large portion of humanity stirred - from Germany to the United States, from France to Brazil, growing in number and intensity to protest against this method of energy production. Here is an important debate: after all, many people around the world really die due to the processes of energy generation.

I begin with coal. Since people die due to coal on this planet...to give you an idea, for every terawatt / hour (terawatt is equal to one trillion [1012] watts) of energy produced by the use of coal, 161 people die. Either because of pollution, or at the time of extraction, it's a dangerous source of power generation. Interestingly, however, I do not recall any broad or strong demonstrations against the use of coal - which currently accounts for 50% of electricity generation in the world.

Deaths also result from oil. For each terawatt / hour of energy produced, 36 human beings perish. Nevertheless, we are still firmly in favour of the use of this energy source, accounting for 36% of what we generate. Interesting, but I do not recall major campaigns against the use of oil - on the contrary, we passively witnessed the most cruel massacres being done on behalf of oil.

There are also deaths due to natural gas, which accounts for 21% of energy consumed by humanity. Each terawatt/ hour produced, 4 persons lose their life. Interestingly, here too I do not recall rallies or protest campaigns, such as "down with gas." 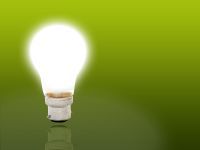 And what about deaths due to solar energy? Believe me, every terawatt / hour generated by solar panels installed on roofs of houses corresponds to a mortality of 0.44. Translation: many workers die because of this seemingly harmless form of energy generation. Again, never heard of any protest against its use.

Humanity has also lost many because of the hydropower. This is exemplified with the 230,000 dead in China in 1975, due to flaws in the reservoirs. For the sake of comparison, the Chernobyl accident resulted in 9,000 victims.

Statistically, for each terawatt / hour generated in hydroelectric plants, the mortality rate reaches 1.4. It is noteworthy that I also have no news of major campaigns against the use of this method of power generation - quite the opposite!

Let's not forget the wind. Yes, the use of so-called "wind" also kills. In this case, mortality is 0.15 for each terawatt / hour generated. Here, too, no large protests recorded against the use of this system - in the opposite direction, it is always encouraged.

In short: because of the use of all these methods, we have lived peacefully with a mortality of between 0.15 and 161 per terawatt / hour generated. There are some dying, far from our sight, workers and those people who are consumers, almost always the poor, so that we will not be without power.

Meanwhile, the mortality rate on the use of nuclear energy is barely 0.04 per terawatt / hour. As regards this, however, the world's conscience shakes ferociously. Here is something intriguing! Would it be because nuclear power plants can kill people as people?

*Pedro Valls Feu Rosa is Judge of the Judiciary and President of the Brazilian Electoral Court of the State of Espirito Santo.

(ed. note: Cannot say as I agree with this guy due to the fact that we still have not seen or been told all of the facts about this nuclear catastrophe. As it is, it grows worse and worse by the day, with the latest news being that radioactivity is seeping into the Pacific Ocean.

There is also the aspect of infinite damage which he failed to address, such as the effects on future generations and disease and death that is delayed for many years after radiation exposure. However, his statistical information is intersting.)