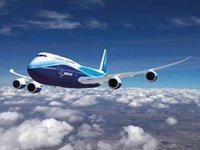 USA's Boeing is studying opportunities to arrange its production in Titanium Valley special economic zone in Russia's Sverdlovsk region. Raymond Conner, the general manager of Supply Chain Management for Boeing Commercial Airplanes stated that the corporation was going to invest approximately $30 billion in its projects in Russia.

The press release from the company said that Boeing was going to invest as much as $27 billion in the development of business in Russia. For the time being, the company executed the contracts in Russia worth more than $5 billion, RBC says. The funds will be invested in cooperation with Russian partners in the field of titanium production, the development of civil aviation and the purchasing of various services and materials.

Boeing and VSMPO-Avisma plan to launch UBM joint venture in the Sverdlovsk region. The enterprise will deal with mechanical processing of titanium materials for Boeing-787 Dreamliner and Russian passenger jetliners. The joint venture will perform the initial mechanical processing of titanium materials supplied from the titanium production of VSMPO-Avisma. The titanium flakes received during the processing will be delivered to VSMPO-Avisma for reprocessing. Thus, the companies will create the unique closed technological network.

UBM was established by VSMPO-Avisma and Boeing on principles of parity in 2007. The annual turnover of the enterprise will make up $700-900 million. However, foreign partners are concerned about issues of funding in creating the infrastructure of the special economic zone. Boeing is also concerned about the geographical location of Titanium Valley, the climate conditions of the Ural region and the ever-changing tax legislation of Russia.

The financial side of the question is being negotiated too. According to regional governor Alexander Misharin, not less than 20 residents and 50 billion rubles of investments are expected for the special economic zone. Ten billion rubles of the amount is expected from the state, whereas the rest is to be attracted from private investors. The funds from the budget will be used for the development of infrastructure.

"The concept of Titanium Valley as a project is to be finished by May 1. The minimum private investment in the project makes up 3 million euros. The funds of private investors are to be spent on the construction of buildings and purchasing equipment for future enterprises," Alexander Petrov, the minister for industry of the Sverdlovsk region said.