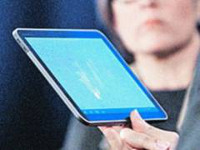 Over the past year sales of laptops and tablet computers in Russia have grown by over 50 percent. The tendency for the replacement of desktop PCs with portable devices is obvious. Over the same period, sales of PCs in terms of units have fallen by over 10 percent. In this case, tablet PCs are taking away the market share from laptops and netbooks.

The largest volume of sales on the Russian market was secured by Asus with 21%, followed by Acer (19%), Samsung (16%), HP (9%), Lenovo (8%) and others. In the fourth quarter of last year, according to IDC, Samsung has unexpectedly come in the first place, while the second and third places were occupied by Asus and HP, respectively. The former leader Acer has fallen to the fourth position.

However, according to the end of the year results, the Taiwanese manufacturer was the undisputed leader. Considering the sales of its controlled brands Packard Bell (3%) and Emachines (6%), the overall share of Acer for the year has increased to 28%. Apparently this year we will see an increased competition between Samsung and Acer.

In general, the top five manufacturers (Samsung, Asus, HP, Acer and Lenovo) control at least 80% of Russian mobile PC market. In this case, Apple's share in the segments of the desktop and mobile computers, according to GfK, is less than 1%. The transformation of the Russian market under the influence of iPad is not happening. Meanwhile, on March 11 sales of iPad 2 are starting in the USA.

Most computers sold in the country are assembled by the seller. The share of those in the general sales is 76%, which is 7% lower than in 2009. As for branded manufacturers, this segment also is led by Acer with a share of 6%. This is 1% higher than in 2009. Russian Depo Computers and IRBIS and American HP owned 3% of the market in 2010.

As for global sales of mobile and stationary PCs, the research company Gartner has revised its forecast of growth of PC sales downward by 16% for the end of 2011. According to the new forecast, the volume will grow by more than 10.5%.

The reason for the forecast revision is the popularity of tablet PCs skillfully fueled by manufacturers. The growth of PC sales was provided primarily by netbooks and laptops. Now they found themselves under the attack from new tablet devices.