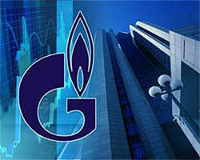 Transparency International said in its annual report that Russia's natural gas monopoly Gazprom was one of the most non-transparent oil and gas companies in the world. The report contains information about anti-corruption programs and standards used in financial accounting.

Transparency International in association of Revenue Watch Institute prepared The 2011 Report on Oil and Gas Companies - second report from TI and RWI since 2008. The subject of the report is the public availability of information on the anti-corruption programs of oil and gas companies. The document rates 44 national and international companies located in 30 countries of the world. The rated companies own 60 percent of world oil reserves and 55 percent of gas reserves. They represent 33 largest international companies and 11 largest national companies in the oil and gas sector. Russia's Gazprom, Lukoil and Rosneft are among them, although the part of the report about the Russian companies raised concerns with experts.

The report says that Gazprom is one of the most non-transparent oil and gas companies in the world. The report usually contains the information about anti-corruption programs of the companies, the information about their structure, organization, system of administration, their partners, as well as systems of standards used in financial accounting.

As of 2010, Russia's Gazprom has been categorized as a company whose transparency percentage has been brought down to zero. The black list of the report also includes China's CNOOC, Equatorial Guinea's GEPetrol and Japan's Inpex, RBC reports.

The results of TI's research are highly indicative. Public and international companies demonstrated better results as opposed to national concerns. The leader of the rating - the most transparent company - is Norway's Statoil. BG Group took the lead in terms of the anti-corruption struggle.

As for Russia, one should say that Transparency International has never had good feelings about the country. The organization ranks the Russian Federation on the 154th place on the list of 178 most corrupt countries. In spite of the qualitative improvement of anti-corruption programs, global oil and gas companies need to continue to struggle against corruption in the countries where their business interests are concentrated.

The methods of calculation and sources of information, which TI used in the report, may raise some eyebrows. For example, the open publication of anti-corruption measures which a company takes, is not stipulated by the Russian legislation. Analysts said that Gazprom received such a low ranking to its transparency just because it is a classic variant of a closed state-run company. Gazprom does not have any intention to disclose its financial interests right and left. However, Russian companies do not conceal their organizational structure, beneficiaries, partners and subsidiary companies. According to RB.ru, Gazprom with its 81 percent and Rosneft with 75 percent are vastly superior to the average index on the industry. BG Group still takes the lead, though, but it shares the top line with BHP Billiton (Australia-Britain) and India's ONGC (100 percent all).

Transparency International says that the report was prepared to make the revenues of oil and gas companies as transparent as possible, and their structure - as open as possible.

Thus, having published the report, TI and RWI intend to disclose and distribute the information regarding financial activities of oil and gas companies in the countries where they operate. To catch up with transparency criteria, the management of Gazprom has to fundamentally change its attitude to the organization of administration. Will Gazprom do it? This is not likely.